When discussing which dog breed has the strongest jaw, it is important to keep in mind that this cannot be answered definitively. The strength of a dog's bite will vary from breed to breed, animal to animal, and even circumstance to circumstance.

Bite force is the scientific term for the measurement of the amount of pressure in a dog's bite. Obviously, the greater the pressure a dog can exert, the more potential for damage there is to someone (or something) that is bitten. There are several factors that determine bite force, but scientists agree that the size of a dog's head has a lot to do with the amount of pressure it can exert with its jaws. A human averages 120 pounds per square inch of bite force.

The strength of the bite of a breed can't be measured with any accuracy because you can't teach a dog to bite with a consistent amount of force each time. The bite will be different each time it is measured, and each dog will have a slightly different measurement. The strength of the bite will also vary depending on where in the dog's mouth the bite is happening, such as toward the front or in the back. It is important to keep in mind that when the bite force of a breed or even an individual dog is discussed, it can only be taken generally.

Most of the data related to a breed's average dog bite strength are from three sources:

18 Dog Breeds With the Most Jaw Strength

The top five domesticated breeds thought to have the strongest jaw are all large dogs known for their bite. Many of these breeds have reputations for being "dangerous dogs" and are likely to be more intimidating than others, though all of these breeds have positive qualities as well.

The bite of an American Pit Bull Terrier was measured at 235 pounds of pressure per square inch (or psi) by Dr. Barr. This breed is known for being strong and has a reputation for aggression but can also be an affectionate family dog. 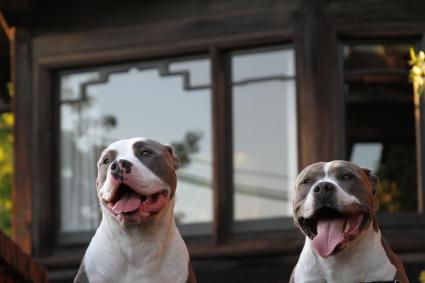 Although the German Shepherd was originally bred as a herding dog, it has been used as guard dogs and police dogs with good reason. This is a powerful and intelligent breed. The German Shepherd's bite measured 238 psi by Dr. Barr, just slightly above the American Pit Bull Terrier. 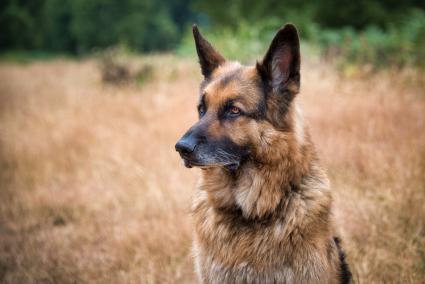 The Rottweiler, or Rottie as it is often called, is known for a huge head and large jaws. This makes them popular for use as working and guard dogs. The Rottweiler bit with 328 psi in Dr. Barr's tests. 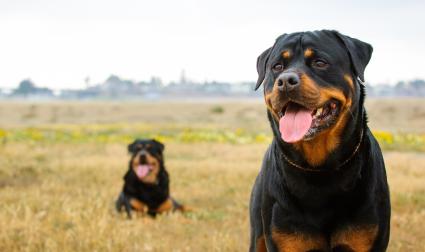 The Doberman is a highly energetic dog that can be aggressive with strangers if not properly socialized and trained. These dogs were once popular for work with the police and military. The bite force of the Doberman was found to be 228 psi. 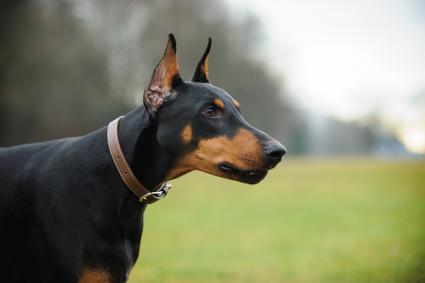 Another breed that is found often as a working dog with the military and police is the Belgian Malinois. Dubbed the "malinator" by their owners, this dog is known for having a strong bite as part of its work, as well as in Schutzhund trials. Surprisingly the Malinois' bite force was measured at only 195 psi. 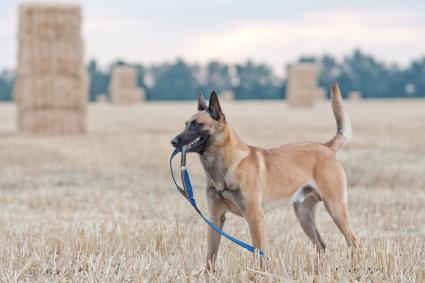 This breed had a psi of 224 which was not too far off from a similar breed, the German Shepherd. Though not common in the U.S., the Dutch Shepherd is a popular breed for use with police and military work as well as search and rescue and herding. 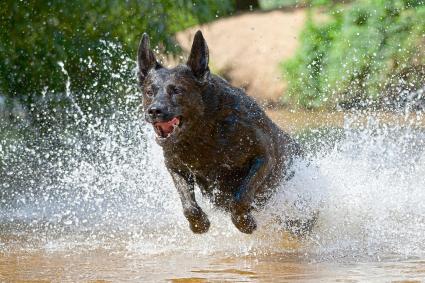 The American Bulldog is sometimes considered part of the group of dogs known as pit bulls, though breeders and owners may disagree. This powerful dog had a bite force measured at 305 psi. 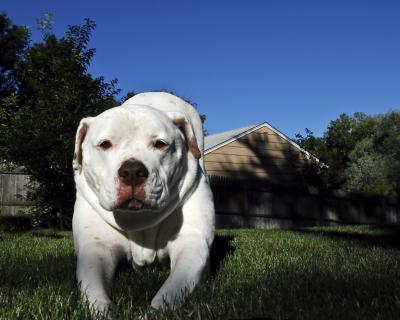 These dogs are known for their impressively large head despite their smaller bodies compared to other dogs on this list. The English Bulldog was found to have a bite strength of 210 psi. 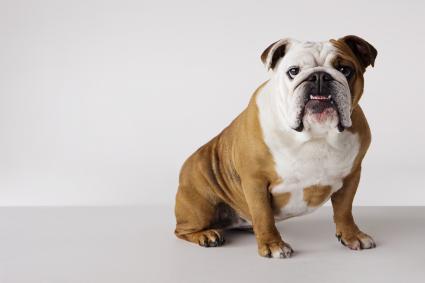 A breed known for being wary with strangers, the Chow Chow had a bite force measurement of 220 psi. The Chow Chow was bred as a working dog as well as a guard dog for the palaces of ancient Chinese emperors. 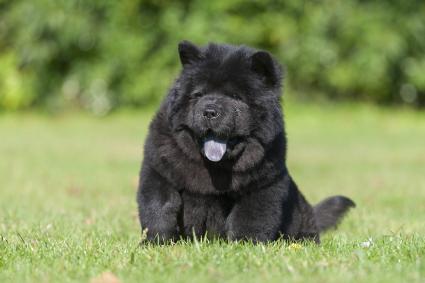 Boxers are a popular family dog with an exuberant personality. These muscular and athletic dogs have a psi of 230. 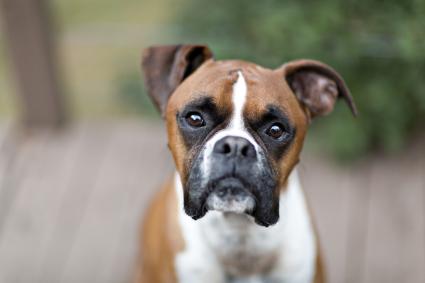 Many breeders and dog owners believe the Mastiff has the strongest jaw, no doubt due to their overall size and big head. The English Mastiff was found to have a psi of 552. 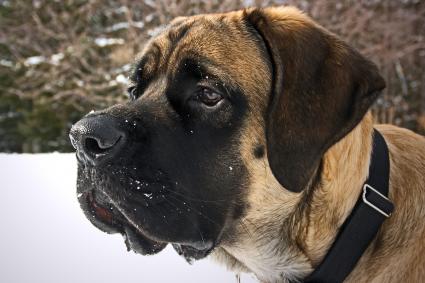 Another of the mastiff breeds, the Cane Corso is a large dog with a muscular and powerful frame. The Cane Corso was developed in Italy to protect farms and their livestock. These dogs had a bite force measured at 700 psi. 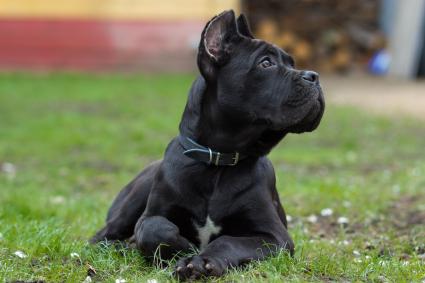 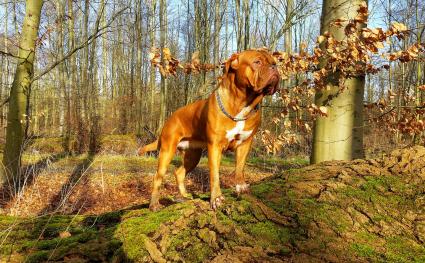 This breed may not be as familiar to dog owners in the U.S. but it looks very similar to a powerful, white pit bull type dog. Their bite strength was measured at 500 psi. 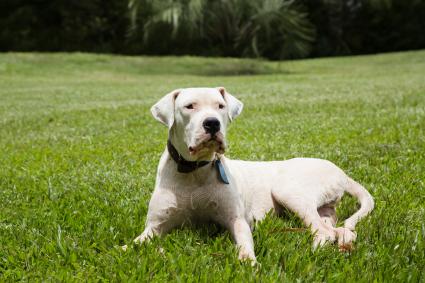 The Presa Canario, or Dogo Canario, is another mastiff breed that originated in the Canary Islands. Their bite strength was similarly high compared with other mastiffs with a rate of 540 psi. 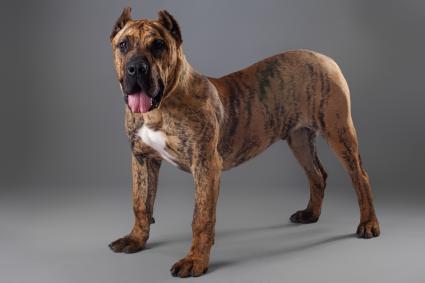 The final mastiff breed on this list, the Tosa Inu hails from Japan. This breed's bite force was in a similar range as other mastiffs, coming in at 556 psi. 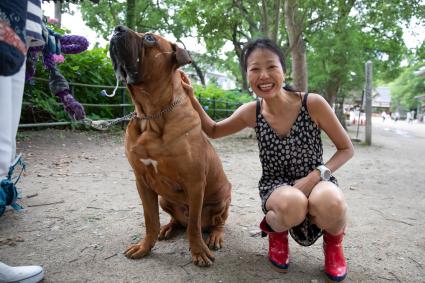 This massive dog had a bite force measured at 399 psi. These dogs are known as gentle giants despite their size and strength.

Another rare breed not often seen in the U.S. is the Kangal Dog. These dogs originated in Turkey as livestock guardians. They have the highest bite force measurement, coming in at 743 psi.

Dr. Brady Barr of National Geographic did several tests of bite force with numerous animals, including dogs and wolves, to see which had the strongest jaws and the worst bite. Not surprisingly, the wolf was the canine with the most powerful bite, measuring 406 pounds of pressure.

To answer the question regarding which dog breed has the strongest jaw is difficult because there are so many variables. Of the dogs that have been scientifically tested and recorded, the Kangal appears to have the strongest bite. However, it's important to remember that this will vary from bite to bite and animal to animal.