A member of the AKC Non-Sporting Group, the Shiba Inu is a very old Japanese breed, a smaller cousin to the Japanese Akita. While this breed narrowly escaped extinction during the WWII era, a few of its other cousins are now sadly extinct.

Like the Akita, the Shiba looks similar to the many Spitz type breeds, with a somewhat fox-like appearance and a tail curled up over the back. This dog is best known for its reddish gold color, but the breed also comes in a cream, red sesame, and a black/tan variety. All colors come with a white "urajiro" which is the area on their chest, neck, cheeks and belly.

White Shiba Inus can occur but they are rare and this color is not accepted by the AKC or Nippo, the Japanese breed registry, although it is recognized by the British Kennel Club.

"Shiba" means "small" in Japanese although it can also be translated to "brush" which may either refer to the similarity of their coat color to brushwood trees, or that the dogs were bred to hunt in small brush areas.

Shiba Inu are fearless characters, affectionate to their owners, but somewhat aloof with strangers. They seem to be unaware of their size in the scheme of things and can be a little territorial and possessive by nature. 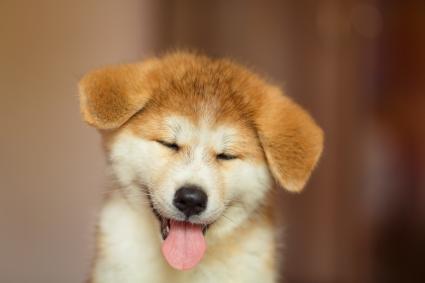 The typical Shiba Inu cherishes its independence, leading some owners to compare its personality with that of a cat. This breed loves to play and is very quick and agile, making them excellent climbers. They actually seem to have a touch of mountain goat in them.

Shibas are highly energetic, and owners have a term for the Shiba's own version of puppy zoomies - the "Shiba 500." Shiba owners report that their dogs will run high speed laps around the furniture in the house or will turn the yard into a full-speed racetrack. Shibas will do this behavior to burn off energy although it can also occur as a result of the Shiba feeling anxious.

The Shiba Inu excels in intelligence, likely believing it is a bit wiser than its owners, so it is important to put in the necessary time training them while still young. This dog was originally bred for hunting, so training them for this activity should come naturally, but there is a problem. Because of its size and coloration, they may be mistaken for a red fox out in the field and is at risk of being shot by hunters.

Because this breed has so much energy, agility training is a perfect way to put their talents to the test. This breed is also perfectly capable of obedience training if you start training them from an early age.

Housebreaking comes with ease for this breed too. These dogs are fastidiously clean and are loath to soil their own nest; in other words, your home.

Grooming Tips for the Shiba Inu

These are fantastically clean dogs, so grooming needs will be minimal for most individuals. A Shiba Inu coat is short, coarse and naturally waterproof, so there is little need for regular bathing. They should be brushed once a week although you may need to brush them more often during shedding season.

There is one grooming drawback to the Shiba Inu - shedding, also known as blowing coat.

The good news is Shibas are a hardy breed and most will enjoy relatively undisturbed good health for the length of their lives, which can frequently be as long as fifteen years. However, there are a few conditions that have crept into the breed, though incidences remain low. These include:

Cost for a Shiba Inu Puppy 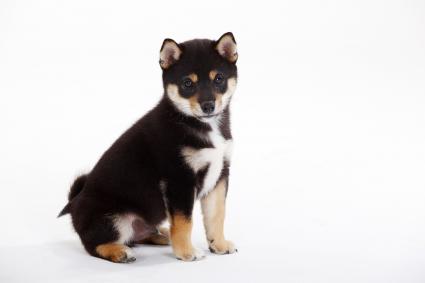 The Shiba Is Not for Everyone

While the Shiba Inu breed is a magnificent animal to behold, they are not for everyone. They love to explore and it is not unusual for an off-leash Shiba to wander off and forget its way home. They can be quite strong-willed, to the point you will swear they only understand their native Japanese language. On the other hand, they can also be gentle and tolerant toward children and often make great parents to family cats. And, just like cats, when they want to play, they are a blast, but when they want time to themselves, there is little you can do to make them sociable.