The Pug is a jolly little character who loves his family with all his heart. If you're looking for a hardier-than-average toy dog, this breed's playful and devoted nature might just win you over. Take a look at those soulful eyes and adorable wrinkles, and just try to resist. It will be more difficult than you can probably imagine.

According to the American Kennel Club breed standard: 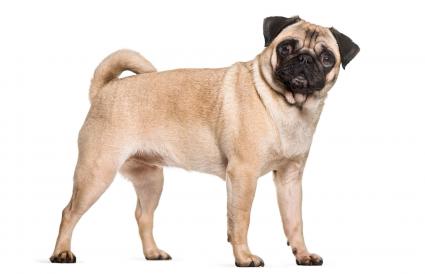 Pugs are known for their wonderful temperaments, and they are usually a good choice for a family pet because they love children. They have plenty of energy, but they know when to give it a rest. They show a great deal of affection for their human companions and get along well with other dogs in most situations. The ideal Pug is both charming and steady-natured. They are also not known for being excessive barkers which makes them a great choice for apartment and condo dwellers. 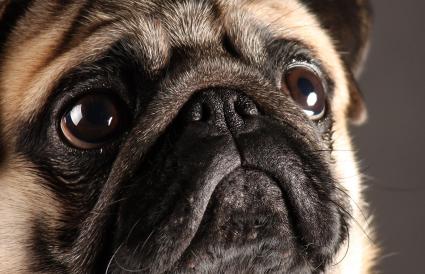 This dog moves at a jaunty gait. The front legs should be straight and show no weakness in the patterns that would give the impression of a "Chippendale" front. The feet should point forward. The rear legs should be strong with no weakness in the hocks and stifles, and rear feet should also point forward. There is a slight roll across the rear that is an important part of this dog's signature movement.

Pugs are intelligent little dogs that tend to do well with proper training. 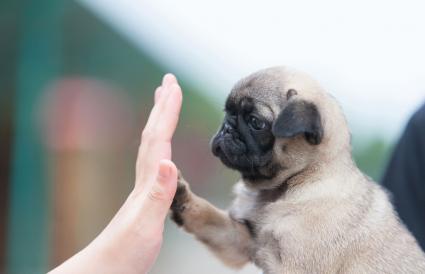 If you search for Pugs on the Internet, you may see indications that they are known for aggression. The truth is that Pugs are generally good tempered dogs. The breed does not have an inherent tendency toward aggressive behavior. However, pugs that are aggressive to dogs, people or to both can be found, and this usually is due to genetics and owner behavior.

Because they are a very popular breed, there are many Pugs that are bred primarily to make money and without care to producing dogs that are healthy and have good temperaments. This can lead to dogs that have brittle, anxious personalities. If these dogs aren't given proper socialization and behavior modification and enrichment, they can become aggressive due to fear or frustration.

Another reason you may see aggression among Pugs is that a segment of dog owners who seek out small dogs are unfortunately not likely to train and socialize them. These dogs develop what is called Small Dog Syndrome. According to Certified Dog Behavior Consultant Barbara Davis, CDBC of BADDogs Inc. in Corona, CA, "We see less small dog owners at our puppy socialization and training classes because they feel it's not necessary for small dogs. Unfortunately, this can lead to dogs that reach adulthood fearful of new people, places and dogs and they can react aggressively. Pugs are cute, funny and intelligent dogs and the ones I encounter with issues are either due to poor breeding or an owner who did not socialize and train the dog, or often both." 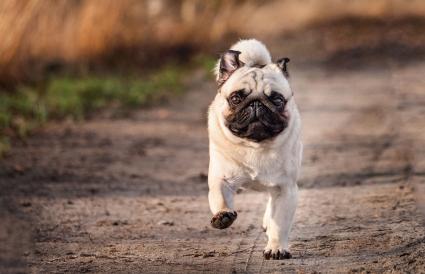 Grooming a Pug is relatively standard. 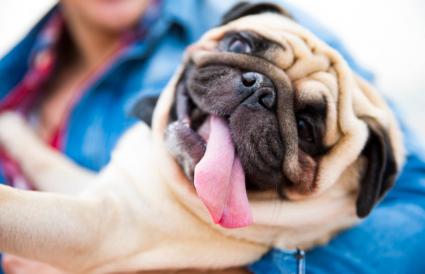 Being of such stocky build, Pugs are naturally prone to obesity. It's important that they get a moderate amount of exercise, but take care not to overdo it since these dogs are also prone to overheating. A daily walk of 15 to 20 minutes is sufficient. Watch carefully to make sure the dog is not becoming winded and reduce the length of the walk during hot and humid weather. 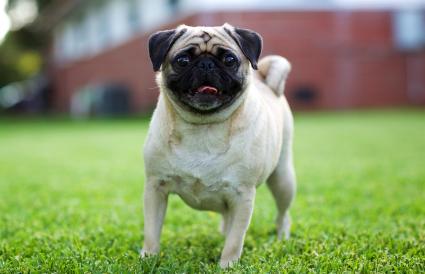 Pugs are fairly long-lived, and many live as long as 12 to 15 years. However, according to the Pug Dog Club of America, this breed is prone to some health issues that potential owners should be aware of, including the following.

Although this list may seem daunting, keep in mind that not every Pug will suffer from one or more of these conditions. Still, it's important to know about them if you plan to own a dog of this breed. 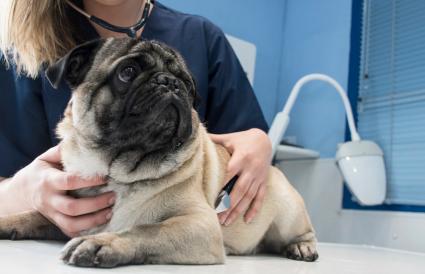 Pugs have been around for a very long time.

Because the quality of Pugs can vary depending on the breeder, it's very important to do your research and find a breeder who is looking to further the breed and is concerned with good health and temperament. Expect to be interviewed thoroughly by your breeder and for them to be eager to answer all of your questions too. Visit the Pug Dog Club of America's website to search their breeder directory. PDCA also recommends checking with their local clubs to see if a Pug breeder is a member. 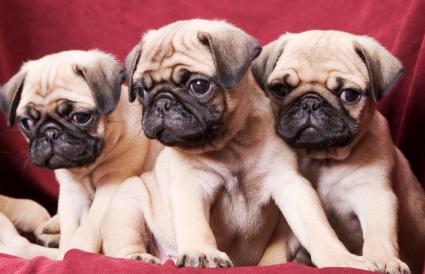 How Much Is a Pug Puppy?

You should assume you will pay between $500 and $2,000 for a purebred Pug puppy from a breeder. Prices can be much higher if you are buying a show quality dog. In comparison, a Pug through a rescue group will probably cost you around $300 from a breed-specific rescue and possibly less from an all-breed rescue or animal shelter.

Is a Pug the Right Dog for You?

It's important to research any breed you're interested in, but it's even more important to visit reputable breeders and experience the dogs first hand in order to decide if a particular breed is right for you. Pugs can make fabulous companions as long as you're not looking for an especially athletic breed. What these dogs lack in athletic prowess is made up for in comfortable companionship and affection. All things considered, it's a good trade.