Pomeranian puppies can best be described as the teddy bears of the dog world. These outgoing, fluffy little dogs come in several size and color varieties sure to please any small dog lover.

According to the American Kennel Club breed standard, there are no separate size types of Pomeranians. They are between three and seven pounds total with show quality dogs generally between four and six pounds. However, when searching for a Pomeranian you may see breeders with listings for "teacup" or "mini" Pomeranians. Be aware that all of these designations are in fact not separate breeds or varieties of Pomeranians.

Usually when a breeder lists a Pomeranian as such, it is just to signify that will be on the smaller side of the breed's adult size range. Pomeranians puppies that one can expect to be about three to four pounds when full grown might be called teacup, toy or miniature as a marketing term to prospective owners. Any Pomeranian puppy that is advertised to be smaller than three pounds when full grown should be avoided as these are irresponsible breeders creating dogs likely to have lifelong health problems and genetic conditions. 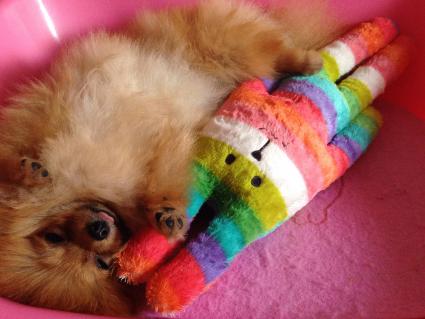 A "fox face" Pomeranian has a long muzzle that gives the dog a fox-like profile. The muzzle may not look long compared to other breeds of dogs, particularly the largest spitz dogs that Pomeranians are descended from. However in comparison to the other two types of Pomeranian faces, the fox face type clearly has the longest muzzle. 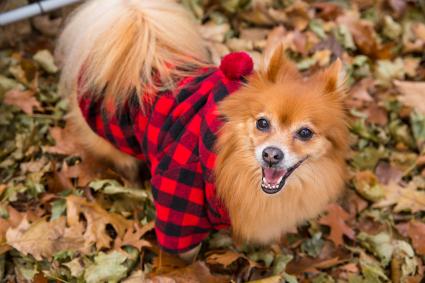 Compared to a fox-face Pomeranian, the "teddy bear" type has a much shorter muzzle. The facial structure is also different in that the area with the eyes and snout is much more compact. The teddy bear Pomeranians body may also be smaller and less agile than that of the fox face dogs. These dogs can also suffer from more health problems due to their short snouts which are similar to the medical issues with brachycephalic dogs. 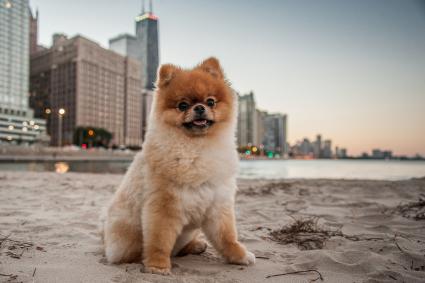 A "baby doll" Pomeranian's face is the medium between the extremes of the fox face and teddy bear dogs. Their face and eye set looks more like the fox face Pomeranian but with a shorter snout. Their body shape also tends to look similar to the fox face dogs. 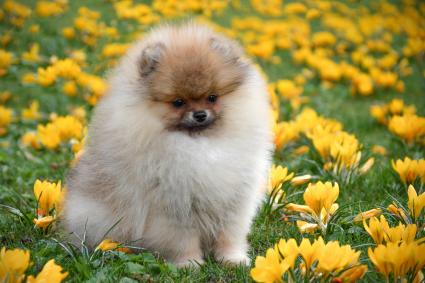 You can find a Pomeranian in almost every type of solid coat color as well as multi-colored and patterned options. The breed standard from the AKC allows for 18 coat colors including black, tan, blue, beaver, chocolate, cream, orange, sable, red, white, brindle and merle. An interesting fact about the Pomeranian is that your puppy may shed their puppy coat and develop an adult coat of a different color.

Orange or orange sable is the coat color you will see most often with Pomeranians. Depending on how dark or light the shade is, it can appear as a red or tan color. 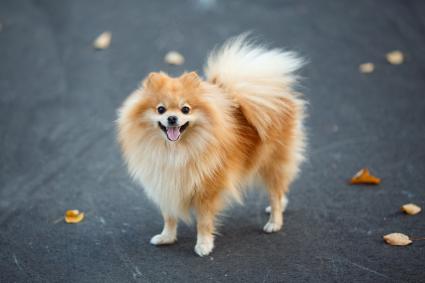 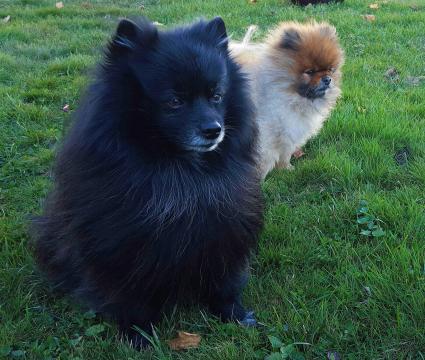 A solid white Pomeranian is also very rare, which is interesting considering that the progenitors of the Pomeranian breed were white sled dogs. 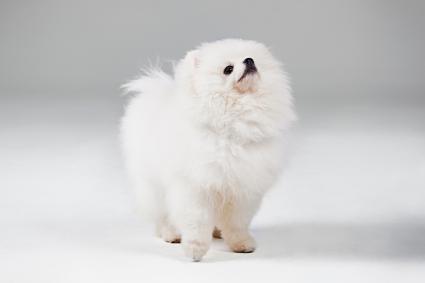 Pomeranians can be found in various shades of brown. These dogs are most often called chocolate Pomeranians.

Another very rare shade, although possible, is the lavender or lilac Pomeranian. This shade is a dilute version of a blue color coat.

Merle Pomeranians are lovely dogs with a coat consisting of different color patches such as a mix of blue, white and tan. Merle dogs usually have blue or odd-eyes. They unfortunately also tend to have health issues such as deafness and vision problems.

A Pomeranian with "tan points" is one that has any solid color on their body with tan on their lower legs, feet, tail, belly, and around their face and muzzle. 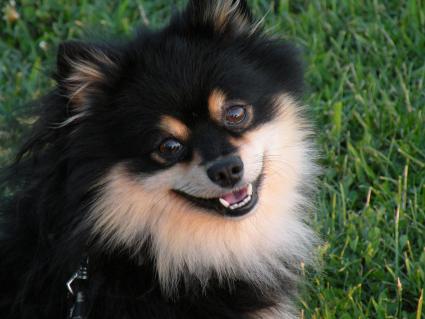 In addition to the very popular orange sable, Pomeranians can also come in red, blue, chocolate and wolf sable. Sable refers to fur that can be any color and is tipped with black. The wolf sable is particularly lovely, with a grey undercoat and an outer coat (or "guard hair") that is grey tipped with black.

A cream Pom is the result of two parents who each possess the cream color gene, which is a recessive gene. These dogs can almost appear white or tan depending on the shade of cream. 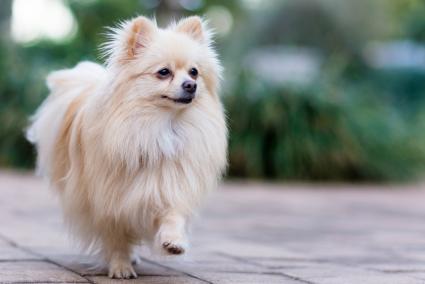 A "blue" dog is not actually blue but rather a dog with a muted solid black coat. Unlike a true black Pomeranian, a blue Pom will have a nose that appears to be blue and sometimes will have blue eyes as well. 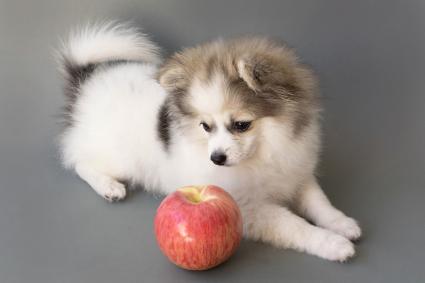 A brindle Pom has "stripes" on their body looking much like a tabby cat or tiger. The stripes are usually a darker color than the solid color underneath.

Characteristics of the Pomeranian

Pomeranians are small dogs with a big personality who regularly show up on the AKC's list of the most popular dogs in the U.S. They're most distinctive feature is their fluffy coat and plumed tail which you may be surprised to know doesn't require excessive grooming, although regular brushing is a must.

This breed is known for being friendly and spirited. They can get along well with other pets but they're not the best choice for families with small children. It's easy to forget that these are toy dogs because of their bold nature and their small size makes them more fragile around toddlers and younger children who do not know how to handle a dog properly.

This is a breed that enjoys training and can excel at many activities. They are very intelligent and love to learn tricks. They are also popular among trainers who use dogs in the toy group to train and compete in dog agility. One negative behavior trait of Pomeranians is their tendency to bark a lot which can make them great watchdogs but a problem if you live in a condo or apartment.

Pomeranians, like most spitz dogs, are hardy breeds. They can be at risk for a few health conditions including hip dysplasia, luxating patella, thyroid disease, eye problems and epilepsy. They are also known to be at risk of a joint condition called Legg-Calvé-Perthes disease because of their small size.

How Much Is a Pomeranian Puppy?

Regardless of which style of Pomeranian you are looking for, you can expect to pay more for a show quality puppy compared to one bred for a pet only home. The average price for a pet-quality Pomeranian puppy is between $600 and $1,000.

If you think a Pomeranian is the right dog for you, you definitely will have plenty of choices among the different colors and facial types. Just make sure you work with a responsible breeder to find a Pomeranian puppy that is healthy and will reach an appropriate size as an adult.