Pit Bull dogs, also recognized as American Pit Bull Terriers by certain dog clubs, have historically been known as courageous and heroic animals. However, they have had their share of bad press in recent decades. This is due to backyard breeders breeding the most aggressive specimens they could find to develop dogs for the illegal fighting trade. Pit Bulls bred by responsible breeders are energetic and have a very sweet nature.

Pit Bulls have their own unique features and temperments. 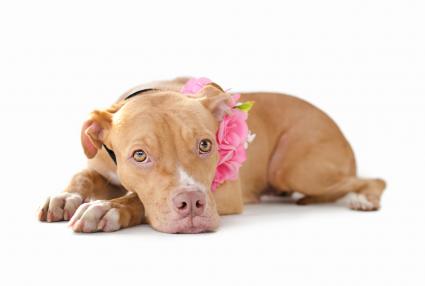 The Pit Bull's gait should be powerful and look effortless. The dog should display a confident and alert attitude.

Pit Bulls are naturally friendly, active dogs that need a lot of exercise. Well-bred and well-raised dogs are eager to please, inquisitive and very intelligent. Contrary to popular belief, most Pits are patient and adore children, which makes them wonderful family dogs, although young children should be supervised around any dog. Due to their breeding, Pits tend to be aggressive toward other dogs, but some co-exist well with other pets if they have been raised around them since puppyhood. While a dog of any breed may become aggressive when raised in an abusive environment, Pit Bulls are not naturally aggressive toward people. They actually crave love, attention and approval.

It's worth noting that as of December 2017, The American Temperament Test Society, Inc. had tested a total of 931 American Pit Bull Terriers. Of that number, 814 dogs passed the test, and 117 dogs failed. Mathematically, this means 87.4 percent of the total number of dogs tested actually passed the test. Visit the ATTS.org site to see the most current temperament testing statistics on Pit Bulls and a variety of other breeds. 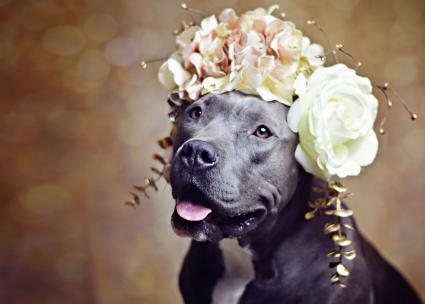 Since Pits are highly intelligent, eager to please, physically strong and tenacious animals, they make great service dogs. Pit Bull Terriers are often used in search and rescue operations and by law enforcement for bomb and drug detection. Pits also love to participate in sports. While cruel and dangerous sports such as dog fighting have been banned in most countries, weight-pull competitions have developed which give these dogs a chance to show off their strength and have some fun.

The Pit's coat is smooth and quite glossy, but it is also rather stiff to the touch as befits this dog's terrier heritage. Due to these characteristics, there is very little grooming required. 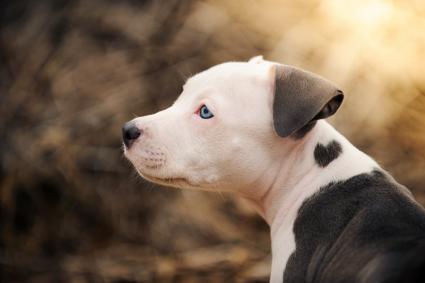 It's a good idea to take them on walks every day for a good 20 minutes at the minimum. These dogs have energy to spare and will need plenty of exercise and mental stimulation. 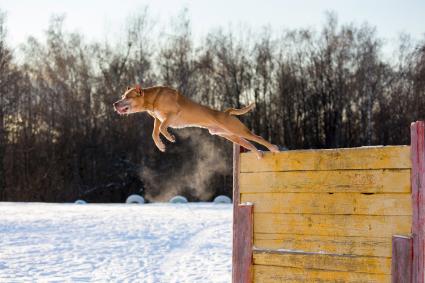 Puppies are eligible to attend socialization classes, also known as "puppy kindergarten," from the age of eight weeks old.

Nearly all breeds face particular health issues, and Pits are no exception. Still, these dogs are quite hardy overall. Here are conditions that have been noted in the breed.

The consensus seems to be that these dogs live an average of 12 years when they are cared for well and receive regular veterinary care, good shelter and high quality food. Some of the hardiest specimens even live a few years longer. 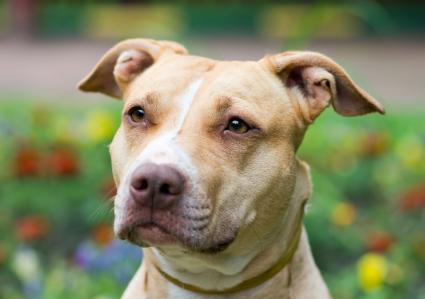 Pit Bulls in the United StatesPit Bulls were first developed in the United Kingdom where breeders routinely crossed bulldogs and terriers with the goal of creating dogs that had the terrier's feisty attitude with the bulldog's strength. These dogs were used in the dubious sports of bull baiting and rat baiting, which is where they got their name. Unfortunately these competitions eventually evolved into dog fighting for sport.

The Pit Bull was brought to the U.S. by immigrants and were used to drive cattle, work farms and hunt wild hogs.

The AKC does recognize the very similar American Staffordshire Terrier, and many people consider both breeds to be the same. This is because the original dogs registered with AKC were really American Pit Bull Terriers.

Clubs that Recognize the APBT

Some clubs that officially recognize American Pit Bull Terriers as a breed in their own right include:

It's interesting to note that the United Kennel Club and the American Dog Breeders Association both allow American Staffordshire Terriers to be registered with their organizations as American Pit Bull Terriers.

Pit Bull Rescue Central is a national clearinghouse for Pit Bull information, including listings of shelters and rescues with dogs available near you.Far too many of these dogs wind up in shelters and many are automatically euthanized due to local laws or uncertain temperaments that make individual dogs unsuitable for adoption. If you think you can make a positive difference in a dog's life, consider contacting one of the following Pit Bull groups. 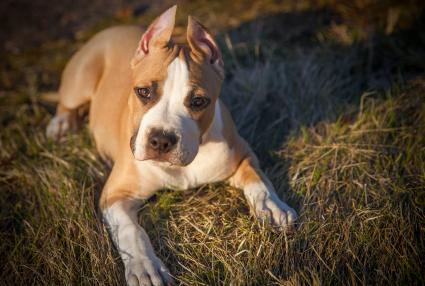 Is a Pit Bull the Right Dog for You?

Due to the Pit Bull's great strength and fearless nature, it's important to spend sufficient time socializing and training young dogs. The ideal owner is very responsible and dedicated to making sure this dog receives training. If you have a rather laid-back personality, this is probably not the breed for you.

If you can locate a Pit that displays these characteristics, and there are plenty of them being raised by responsible breeders, you'll have found a canine companion that will bring you great joy and satisfaction.

Cost of a Pit Bull Puppy

The price for a Pit Bull Puppy can range widely, particularly depending on the quality of the breeder. You can often find Pit Bull puppies for as low as $50 to $100 on websites such as Craig's List but these are sadly backyard bred puppies produced to make a quick dollar without regard to their health or temperament. Research breeders carefully and expect to pay from $500 to $2,000 for a well-bred puppy. If you decide to rescue a Pit Bull Puppy from a shelter, adoption fees will average around $100 to $200. 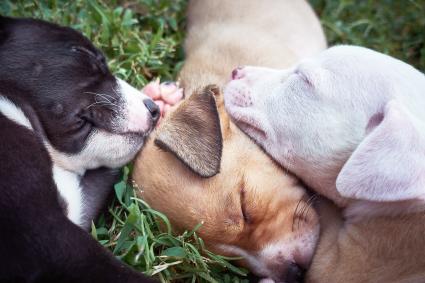 Getting a Pit Bull Terrier

If you've done all your homework and know this is the breed for you, make sure you find a quality, responsible breeder and avoid backyard breeders and puppy mills. Consider as well that there are many wonderful Pit Bulls in shelters and it's not hard to find puppies available for adoption. Wherever you find your dog, proper training and socialization is a must for this impressive and loyal breed.