Love the look of a Boxer, but find a dog of that size a bit too much to handle? A mini Boxer looks just like a regular Boxer but is much smaller and is a good option if you don't mind that your dog is not purebred.

What Are Miniature Boxers?

In truth, Miniature Boxers are not actual downsized versions of purebred Boxer dogs. They are simply another designer breed. The Miniature Boxer was developed by a number of breed combinations that can produce a Boxer-type canine that is significantly smaller than a true Boxer. However, keep in mind that they are most definitely not Boxers and are not recognized by any of the major kennel club registries with accepted breeding standards. Breeds used to create Miniature Boxers are:

The resulting puppies from these combinations aren't exactly uniform in size, but they are generally smaller than their purebred namesake and have a basic Boxer look.

Miniature Boxers may be referred to as Toy Boxers. There is no toy version of the purebred Boxer. Dwarf Boxers are purebred Boxers that suffer from dwarfism, or achondroplasia. These dogs fail to reach a full Boxer's height and weight because of congenital condition. Their head and legs will also be disproportionate to their bodies and they may suffer from teeth and spine deformities.

When looking for a breeder of Miniature Boxer, make sure you do your due diligence. Before you decide to do business, take the time to investigate fully the breeder to make sure you'll receive exactly what you're paying for. There are many unscrupulous breeders producing designer dogs and you want to make sure the breeder can provide a health guarantee. The breeder should demonstrate that they are breeding to create dogs with excellent health and temperament. Since these dogs are not recognized by the top registry organizations and are not bred in large numbers, you may have to search for them online as well as locally with sites like Craigslist to see if you can locate a breeder.

Cost of a Miniature Boxer Puppy

Because these dogs are not popular yet, they can be pricey. The average cost for a Miniature Boxer puppy is between $450 and $2,000.

Theses dogs are around 25 to 55 pounds and 15 to 22 inches tall. Their height and weight will depend heavily on the breeds of their parents. They tend to have a short, hard coat and do shed but not heavily. They can look like a smaller version of the Boxer but again, this can depend on their parents.

In general, Mini Boxers have an outgoing temperament, and they make good family pets. However, they aren't exactly like traditional Boxer temperaments since these dogs aren't purebred. If you want a puppy that has the most chance of inheriting the Boxer's buoyant personality, try to find one from a Boxer and Boston Terrier cross.

Personality of Boxers Mixed With Other Breeds

Pups produced from the various Pug, terrier, Corgi and Beagle crosses are also good-natured as a rule, but it can be difficult to predict which combination of the parent breeds' temperaments a given pup will inherit. If you're expecting a dog with a 100% Boxer temperament, you may be disappointed depending on how the offspring turn out. 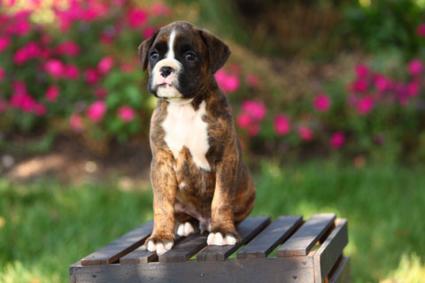 Since these dogs have only been bred for a few years, there has been no study on whether there are any specific health issues being produced from these crosses. In order to get a better idea of which health problems a puppy might face, you must research the parent breeds involved, and take a look at health issues that are common to them. The average reported lifespan of these dogs is between 12 to 15 years. 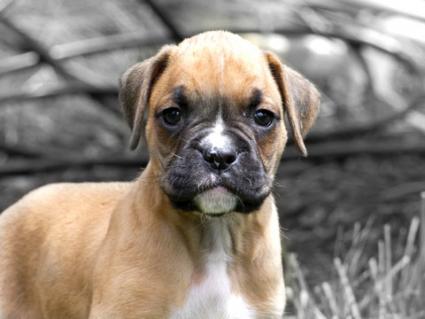 Keep in mind that a particular pup might never face one of these health issues, but the possibility could be there in the gene pool so it's good to be aware.

The Miniature Boxer is not a recognized breed at this time, but it may become one as some point in the future. If you'd like to register your pet with a dog club, both the American Canine Hybrid Club and the Certified Pet Registry take registrations for various crosses that produce this type of dog.

Spend Time With These Dogs

Before you bring one of these pups home, spend some time at several breeders' kennels so you can get to know the dogs in person. This is the surest way to find out if a Miniature Boxer will fit your life style, as well as which particular cross you prefer. Getting a puppy is a lifetime commitment, so be sure about your choice.