If you are interested in adopting a Bulldog, consider contacting an English Bulldog rescue organization. There are many Bullies in various life stages that need rescuing. Compassionate dog enthusiasts have an opportunity to save a life and provide a good home for a dog that desperately needs one.

The English Bulldog, also known as the "British Bulldog", "Bulldog" or simply "Bully", is a medium-sized dog that ranges in weight between 40 and 50 pounds. These dogs have thick shoulders and a large head with folds of fat surrounding lively round, dark eyes and a short muzzle to form the distinctive Bulldog face. The American Kennel Club (AKC) recognizes the English Bulldog as a Bulldog.

Bulldogs can trace their origins to England in the 1500s. The dog breed was originally bred to fight. However, breeders have bred them as companion dogs since the mid-1800s. Today, Bullies are friendly and affectionate companion dogs. While these dogs can be stubborn and some may be resistant to training, they are generally highly intelligent, trainable and well-behaved.

Bulldogs end up in a rescue organization for a number of reasons and many are not the dog's fault. Some common reasons these animals end up in rescue include:

Deciding to Rescue a Bulldog

When deciding whether to adopt a Bulldog from a breeder or a rescue dog, think about the following:

Rescuing an English Bulldog is a very rewarding experience. The benefits include:

Costs of Rescuing an English Bulldog 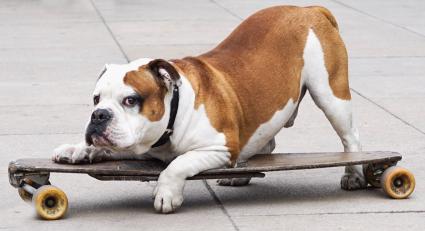 While it can be cheaper to rescue an English Bulldog as opposed to buying one from a breeder, you should know that you may have to pay more than you would when rescuing a mixed breed, or even some purebred, dogs. There are several reasons for this:

What to Look for in a Rescue Group

When you search for a rescue group, it is important to make sure that the group is legitimate and highly regarded.

The AKC recommends English Bulldog rescue groups that are affiliated with The Bulldog Club of America Rescue Network. In general, look for the following:

Examples of rescue groups you may want to consider include:

You can also search for English Bulldogs on Petfinder and Adopt-a-Pet which have adoptable dogs listings from all-breed rescues and shelters across the country.

Are You Ready for a Rescue?

If you are ready to bring an English Bulldog into your home, rescue is a terrific option. Adopting a Bulldog can bring a loving new family member into your home that will soon become a treasured companion.