If you plan to breed your bitch, it's helpful to learn more about dog stud service. The actual stud service itself is the act of the male dog mating with the female that is in heat. Unless you happen to own your own breeding male, you'll likely need to use an outside stud on your bitch. However, many first time breeders don't know what to expect from this experience. Here is a breakdown of the way many professional breeders handle the situation.

Selecting a Stud For Your Bitch

Selecting the right stud for your bitch is the first order of business. You'll want to choose a dog that is a great representative of his breed and also free of genetic faults and illnesses. Even more importantly, you'll want to select a stud dog that has a wonderful temperament because he'll be more likely to produce pups that also have a sound temperament. Always choose the best dog in order to produce the best progeny.

Finding a Bitch for a Stud Dog

Just as the owner of the bitch wants to find the best male to complement their dog, likewise a stud dog owner should seek to find a bitch that will further the breed's development.

The same considerations apply such as a good temperament, evidence of awards and titles, and health testing for any genetic conditions. You also want to find out how often the bitch is bred, as having litters with every heat cycle is not healthy for the bitch or her puppies. Since the owner of the female will have control of the litter, a good stud dog owner will also inquire about the practices of the bitch's breeder when it comes to finding homes for the puppies. They should have an interview process and contract in place and seek to place their puppies in excellent homes, as well as require spay/neuter for pet quality dogs. The stud and bitch owners should also share the same goal of furthering the breed and not simply breeding for money.

Advertising for a Bitch or Stud

There are many websites where you can advertise your dog for matings, whether your dog is a bitch or a stud. Many of these sites will not yield breeders looking for quality partners and to further the development of the breed's best qualities. The best way to find a suitable dog is through personal contact with members of the national and local breed clubs and meeting them and their dogs to discuss your goals for the breeding. Likewise, using websites such as Craig's List and Facebook can find mates for your dog but they are not likely to be ones that will result in a quality breeding with responsible practices. It's still possible, but your best chances are going through a major breed registry such as the AKC and UKC. 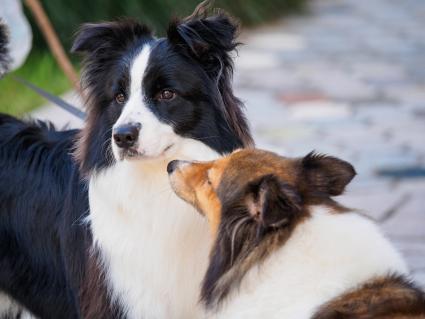 In addition to finding breeders through the AKC clubs, you can also search for breeders who have obtained the AKC Breeder of Merit status. Breeders are eligible to become a part of this program if they:

Once you have obtained Breeder of Merit status, you can reach higher levels of recognition based on the number of dogs you have titled in conformation, companion and performance events and achieving championship status.

Some stud dog owners actually use a written contract that lays out the terms under which the breeding will be conducted. It is up to the bitch's owner to read through the terms and sign the contract if they are agreeable. Both parties retain a copy of the agreement, and the bitch's owner should also receive a copy of the stud's pedigree. Here are some common points usually included in most stud contracts.

Items that are standard in stud contracts include:

Sometimes both parties simply come to a verbal agreement on the terms, but it is usually better to draft a written agreement signed by both parties. This eliminates any confusion about the agreement and allows you to easily can refer back to the terms at a later date.

If the dogs are to be bred naturally, both dogs should be examined by a vet and certified free of canine brucellosis. Brucellosis is a bacterial infection spread through sexual contact, among other means, that can cause spontaneous abortion of the pups and also cause sterility in the dog and bitch. This term is usually agreed upon and verified without specifically being mentioned in the contract. 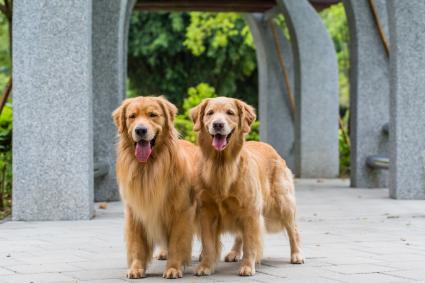 What Else to Expect

In most cases, the bitch is brought to the stud dog's location, and she may actually remain at the stud dog owner's house during the breeding period in some cases. The stud owner may or may not charge an additional boarding fee. This is another item that should be specified beforehand so both parties understand what is expected. In the opposite situation, an unproven stud dog may actually go to stay with an experienced breeder who will break him in on a proven brood bitch.

Some breeders will encourage you to stay and witness the breeding, especially if your bitch has never been bred before. Your presence may help her relax more in what could seem an intimidating situation. However, some stud dogs don't perform well with strangers around, so you may need to leave and pick up your bitch later.

Tips for the First Time Stud

While some dogs will take naturally to the process, you may need to assist the dog physically to get into place if this is his first breeding. This may be particularly true depending on the breed where anatomy can make mounting the female difficult. Experienced breeders often recommend breeding a first-time stud to an experienced female, as a first-time breeding bitch may be skittish and anxious and this can deter the male. It's also best to keep the male on-leash if you need to move him away from an unreceptive or irritated female. Some dogs are even muzzled during the process to keep the other dog safe.

Those are the basics of any dog stud service. There can be a lot of variables to this scenario, but the most important thing is that both parties discuss everything beforehand to make sure they have the same understanding of the terms of the breeding. What starts out as a business arrangement can blossom into a great breeding partnership when everyone is on the same page.