Dog fighting is a cruel criminal activity that has had a long history in the U.S. and internationally. While it horrifies people to learn of its existence, many people are not aware of how widespread it is in the U.S. today.

Dog fighting has existed in one form or another since the time of the Romans and dogs in fights were a regular part of the activities of the Colosseum. Most countries have had their own form of dog fighting although it is now illegal in many. 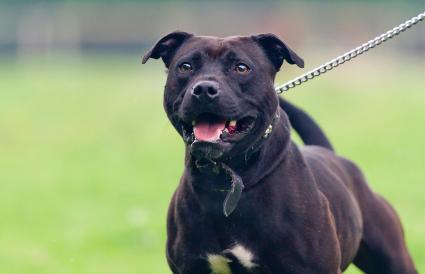 Around the 12th century, dogs were involved in England with a practice known as "baiting." Dogs were pitted against larger animals such as bulls and bears to entertain crowds until 1835 when the practice was outlawed. Sadly, while this led to relief for bulls and bears, it did not for dogs and fights between dogs grew. It also led to the development of cross-bred Bulldog and terrier mixes to make stronger, faster fighting dogs. These dogs were the progenitors of today's American Pit Bull Terrier and American Staffordshire Terrier dogs.

Dog Fighting in the U.S.

Dog fighting grew in popularity in the U.S. in the early 1800s and was even sanctioned by the United Kennel Club. It was eventually outlawed in most states in the 1860s but this did not diminish its growth. It eventually became considered a more disreputable activity and went "underground" in the 1940s.

The Animal Welfare Act made dog fighting illegal in all 50 states. Eventually in 2008 dog fighting became a felony in U.S. territories including Guam, the Virgin Islands and Puerto. Penalties for criminal prosecution include a jail term of up to five years and fines.

Passed in 2007, this law adds to the Animal Welfare Act and makes sponsoring, exhibiting and transporting animals for the purposes of fighting a felony offense. It also makes using the U.S. mail to promote or facilitate fighting a felony as well. Violators who are convicted can be sentenced to three years in jail as well as a $250,000 fine.

Signed into law in 2014, this law makes attending a fighting event or bringing a child under 16 a felony offense. Violators face fines and up to one year in jail for attending events with more severe penalties, including a jail term up to three year, for bringing a child.

In addition to federal penalties, most states have laws regarding participating in dog fighting as a spectator. Most state laws make watching a dog fight a felony offense with a few relegating this to a misdemeanor offense. Other state laws may only raise to the felony level after more than one offense, such as Pennsylvania, Ohio, Iowa and Mississippi.

Although law enforcement and animal control officers believe that dog fighting is a widespread activity often connected to other types of crimes, gathering accurate statistics can be difficult. Animal cruelty offenses were only added to the FBI's National Incident-Based Reporting System in 2016 so there is not a wealth of data just yet. Prior to 2016, the website Pet-Abuse.com (now inactive) gathered data on dog fighting from press reports and estimated a total of over 1,000 dog fighting arrests between 2003 and 2008.

A big problem with data on dog fighting is the difficulty tracking activity based on the type of dog fighting. Fighting can range from quick, spur-of-the-moment matches between gang members challenging each other on the street, to highly organized matches by "professionals." The former type can begin and end quickly and is hard to quantify accurately whereas the latter yields data when large scale busts are performed which can often take time to organize.

Although some estimates place the number of dogs killed annually at 16,000, it's not clear how accurate this number is. Larger-scale dog fighters often dispose of dogs that are killed in fights by burying them on their property or hiding the "evidence" in ways that make it very hard to estimate the number of annual deaths. Likewise, small scale pick-up fights on the streets may lead to dog deaths but depending on how the bodies are disposed of, it's difficult for law enforcement to attribute it to an intentional criminal activity as opposed to a fight that broke out between dogs.

The ASPCA has been active in the campaign to end dog fighting and their trained staff and volunteers work with law enforcement on tackling the aftermath of many small and large fighting ring busts. Based on their work the ASPCA believes the number of dog fighters active in the U.S. numbers in the tens of thousands, with hundreds of thousands of dogs used in fights. The Humane Society of the United States has estimated there are at least 40,000 dog fighters in the U.S. To give an example of the scope, in a 2018 press release they noted that:

Dog Fighting in the United States

Although law enforcement and anti-cruelty groups like the ASPCA have been successful in tracking down and prosecuting dog fighters, it still is a nationwide problem in all types of communities. In 2018 the ASPCA coordinated a national poll that found:

To end this cruel use of dogs, these statistics and community action will need to change for the better in the future.