Dog names inspired by a Disney movie are an adorable choice for your new canine friend. Who doesn't smile when remembering the romantic spaghetti dinner scene from Lady and the Tramp? The Walt Disney Company has produced hundreds of memorable characters. A name from one of these movies is bound to be a perfect choice for your new puppy.

There are hundreds of dog characters in the Disney archives. Some are lead characters, others are supporting cast members. However, they all have memorable and endearing qualities. Here are a few possible Disney names to consider for your new puppy.

Pixar Studios, purchased by Disney in 2006, has created a strong body of work in animation and many memorable characters, including some wonderful dogs. Some dog name ideas are: 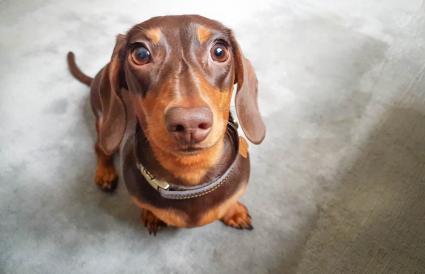 There are also non-canine characters (human and otherwise) that could be great namesakes for a puppy. You can always name that new addition after a favorite character, no matter the species. Many of these characters have become popular dog names.

Just as we name puppies "people names", you can name your new addition after a favorite human character from a beloved Disney movie. If you have a puppy that seems to thinks it can fly, some good possibilities are Mary Poppins or Peter Pan. Other suggestions include the following.

Other Types of Disney Characters

Disney films and short subjects are full of colorful characters. Some are animals, some are fantasy creatures. You might find that perfect puppy name in this category.

When selecting from the list of Disney themed puppy names, remember to reflect your dog's personality. You may also use your sense of humor. A Chihuahua named Bruno or a pit bull named Pollyanna sends a clear message about the temperament of the dog. With so many Disney character names appropriate for pets, you're sure to come up with a perfect choice for your canine companion.