Many anatomy illustrations are created with veterinary professionals in mind while others are geared towards general dog enthusiasts. No matter which group you belong to, these illustrations can give you a better understanding of a dog's inner workings.

The following canine anatomy illustrations offer a look at various systems within the dog's body. Although these pictures are fairly basic, they still offer insight that can help the average dog owner gain a working idea of what's beneath all that fur.

Laurie O'Keefe is a noted biological artist who has created many beautiful canine anatomy illustrations, and she is certified by Colorado State University as a Medical Illustrator. Her work appears in many educational and instructional publications and is also used in presentations and on websites. Some illustrations in below are her work and are used with her permission.

On the left side view of a dog's internal organs, you can see the lungs, heart, liver, stomach, spleen, kidney, intestines, bladder and the rectum in that order from front to back. You can also view the spinal column and the brain. 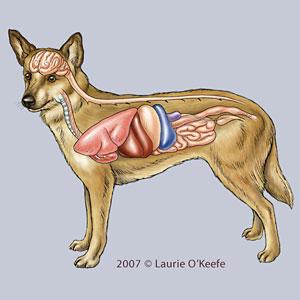 The right side view of a dog's organs is similar to the left except that the liver appears much larger, as the majority of the dog's liver is situated on the right side of a dog. 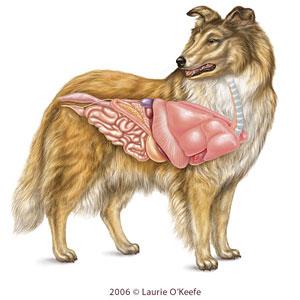 A female dog's reproductive system has similar organs as a human's. The female dog anatomy external organ is the vulva which opens to the vagina. A pregnant female dog's anatomy involves the two ovaries which produce eggs, cervix, fallopian tubes, and the uterus. The uterus becomes the womb for her puppies during their gestation period. 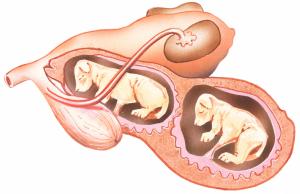 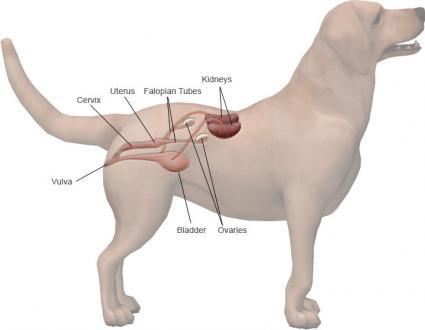 A male dog's reproductive system consists of the genital tract with the penis providing the pathway for sperm from the testicles and urine from the urethra. A male dog's kidneys are connected to the bladder by the ureters as can be found with the female dog's system. 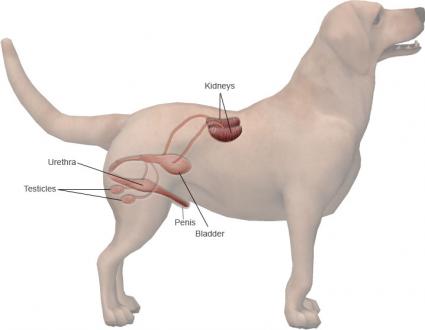 A dog has a highly developed olfactory system with up to 300 million olfactory receptors. For comparison, humans have only six million. Dogs also have a vomeronasal organ which is responsible for detecting pheromones. Humans are said to not have this organ although some scientists believe it does exist in humans but is not functional. 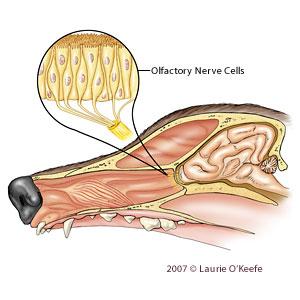 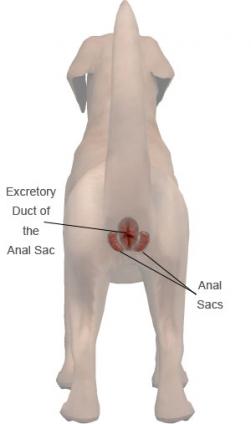 A dog's musculoskeletal system is one of the biggest in his body and 50% of a dog's weight is taken up by this system. The system contains all the muscles, tendons, joints, and bones that allow for a dog's movement. 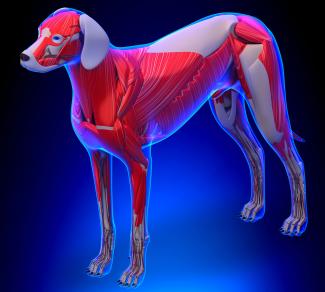 A dog's digestive system includes the gastrointestinal tract (esophagus, stomach, and intestines). The intestines are linked to the large intestines (colon) and anus and the intestines are made up of three sections (the duodenum, jejunum, and ileum). In addition to these organs, the gallbladder and pancreas connect to the duodenum of the small intestines via ducts and secrete enzymes to facilitate the digestive process. Dogs also have a spleen which helps to prevent infections in the body although dogs can live without a spleen if necessary.

There are many books and other resources that offer an in-depth look at a dog's anatomy. The following resources are available online as well as at local bookstores.

Dog Anatomy: A Pictoral Approach by Peter C. Goody offers clear and precise illustrations of the skeletal-muscular system of canines. Each diagram is meticulously labeled with little additional text since the book truly takes a pictorial approach to the topic. If you're a visual learner and don't want to get lost in a lot of additional reading, this book gets straight to the point.

Saunders Veterinary Anatomy Flash Cards includes 350 illustrations that are indexed by body system. Learn the term for each part as well as its clinical definition. The set is an excellent tool for veterinary students. They are currently out of print but used copies can be found on Amazon and other online bookseller sites.

Miller's Anatomy of the Dog

Miller's Anatomy of the Dog by Howard E. Evans Ph.D. and Alexander de Lahunta DVM, Ph.D. is the 4th edition which has been updated to include the most current information and veterinary terminology. The illustrations are in full color and very detailed, and the chapters are organized by body system. The book is a great resource for veterinarians and veterinary students, but it's also useful for dog breeders and anyone who wants to educate his or herself about canine anatomy.

Dog Anatomy: A Coloring Atlas by Robert A. Kainer and Thomas O. McCracken includes 195 black and white line drawings for the reader to color. In addition to the illustrations, the book offers information on common illnesses related to each body system. This is especially helpful information for breeders and owners as it can alert them to when their dogs may need veterinary care.

Dog and Human Anatomy: A Comparison

Dogs and humans share very similar anatomy in that they both have the same major systems and organs operating in their bodies. These include the musculoskeletal, endocrine, digestive, lymphatic, reproductive, urinary, nervous, cardiovascular, and urinary systems. Dog and human body shapes and sizes are different, of course, but there's much shared in common. There are some other differences of note:

Even though these anatomical illustrations are mainly referred to by veterinarians, you don't have to be a vet student to enjoy learning more about your pet's body by reviewing dog anatomy pictures. Start out with the simple illustrations in above, and then move on to more in-depth illustrations and texts as your interest grows. Everything you learn about your pet's internal functions can help you care for him better in the long run.