While several dog breeds are considered "aggressive" but there's more to each individual dog's story than general breed traits. Some dog breeds were bred for more protective qualities that can become aggressive without training and socialization, and others may be breeds not normally considered aggressive that develop issues over time due to their environment or bad breeding. The key to understanding "aggressive dog breeds" is understanding what aggression is and isn't.

Aggression in dogs is defined as a tendency to growl, bark, lunge or bite other dogs and people. It was once thought that this was done to intimidate and show dominance. However, according to associate applied animal behaviorist Katenna Jones, "Aggression is most often due to fear, frustration, anxiety or pain and the behavior a dog displays is their way of communicating their stress and emotional state. Aggression is on a spectrum. By the time you see it, you've missed a bunch of things. If you continue to force them to escalate to aggression, it's due to ignoring those signals."

In the past some dog breeds were considered aggressive without consideration for their individual rearing and mental states. Through dedicated research by organizations like the Centers for Disease Control and the American Veterinary Medical Association, it soon became clear that aggression is more often due to environmental factors like poor socialization, no training, neglect and not neutering the dog. As a result when compiling the CDC's most aggressive breeds study, they stopped listing breeds of dogs from 1998 on and their policy highlights to dog owners that, "Any dog of any breed has the potential to bite."

Larger dogs are often considered aggressive because their size can be intimidating, Many of these larger breeds were also bred to have a stronger disposition toward guarding and may not inherently be comfortable with strangers compared to more outgoing breeds. Remember that with all dogs, breed traits run along a spectrum and should not be considered absolutes in regard to each individual dog. Some breeds that are usually associated with the "aggressive" label include:

Chow Chows were originally bred to be working dogs guarding livestock. Chow Chows are not the best choice of dog if you are an inexperienced dog owner. Chows can be extremely protective of their home and owners and are wary of strangers. They also can be startled easily due to the way their brow protrudes over the eyes interfering with their vision. 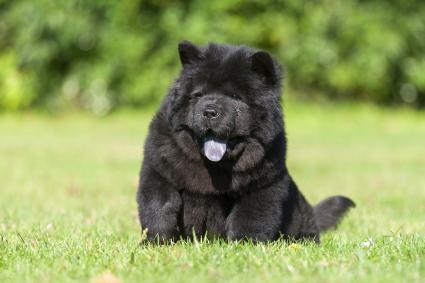 Pit bulls are another breed often considered very aggressive, although "pit bull" refers to several breeds of dogs including the American Pit Bull Terrier, American Staffordshire Terrier and Staffordshire Bull Terrier. Due to their muscular frame and great strength, these dogs have been bred to fight by unscrupulous breeders and as a result can have a tendency to be aggressive to other dogs and animals. If you want to purchase a pit bull breed, make sure you know the lineage of the puppy and the reputation of the breeder and ask to meet the parents. If you decide to rescue instead, look for a rescue or shelter that has staff and volunteers who get to know the personality of the dogs and can fill you in about their temperaments. Socializing these dogs early and taking at least a basic obedience class or more is a must as even though many pit bull type dogs can be quite friendly, they are still big, strong dogs that need to properly managed by a responsible owner. 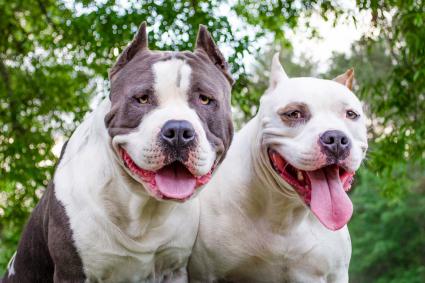 Bullmastiffs are one of the largest breeds of dogs and typically can intimidate other dogs by their size alone. This breed is loyal to their owners and may at times be overprotective if strangers are present. This is can also occur when confronted with other dogs, so care should be taken to keep them on a leash. Obedience training and socialization is a must with this breed since their size can easily overpower their owners and cause problems. 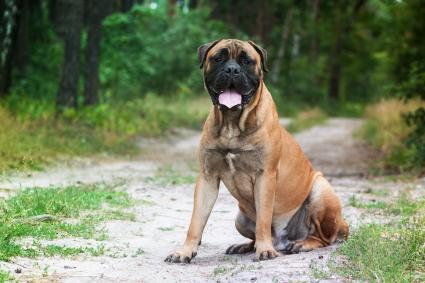 Rottweilers are powerful dogs that have been used as guard dogs for centuries. They can be protective of both their owners and territory and can show intimidating behavior to strangers. Although Rottweilers have a reputation for aggression, they can also be good family dogs and are tolerant and loving with children. Socializing them from a young age and enrolling them in obedience classes can help bring out the best in them and prevent aggressive behaviors. 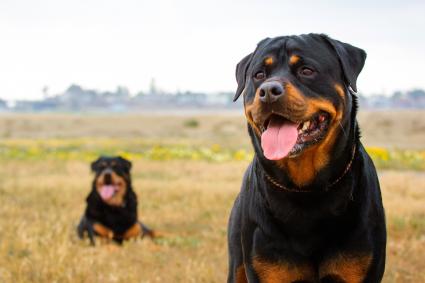 Doberman Pinschers are an intelligent breed that has been known to display aggression towards strangers. Their fearsome look, intelligence and athleticism made them a preferred breed for military and police work though they are not used as much as other breeds now. Like all the larger "aggressive" breeds, Dobermans can be wonderful family pets if socialized early and often and trained to at least a basic level of obedience. 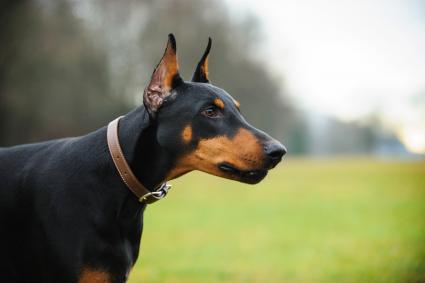 Smaller dogs can become aggressive if they're undersocialized and untrained. Often this is the case and is known by trainers as "small dog syndrome." Because small dogs are cute and seem non-threatening, important steps like socialization and training are ignored which can lead to a dog with behavioral problems as he or she reaches adolescent and adulthood.

The Papillon's name may mean butterfly in French due to its fluffy ears, but this breed is not necessarily the most lovable to strangers. Papillons are loyal lapdogs, and they do make a good pet in the right household. They may not be the best choice for a house with small children, as sudden movements and rough play can make this breed bark and nip. Although energetic, a Papillon works best when exercised regularly and allowed to spend a lot of time with its owner. 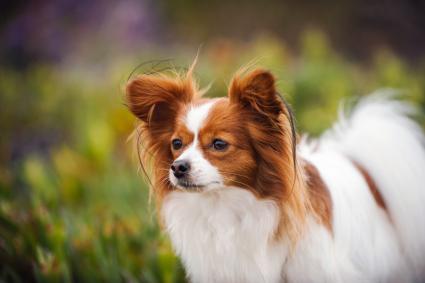 Dachshunds are a breed you may not have thought would show aggressive behaviors since so many families with children own them. If these dogs become overly excited during rowdy play, they can have a tendency to bark and nip. Dachshunds are also known for chasing other dogs and small animals out of their yard, even if the other dog shows no signs of aggression. Dachshunds were originally bred to hunt small game in the ground like badgers and rabbits and they can have a strong prey drive. Dachshunds can be good with children but need to be handled gently due to the long shape of their back and rough handling can lead understandably to nipping. 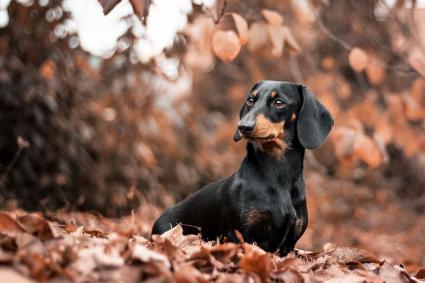 Chihuahuas, although tiny, can be quite feisty. These dogs seem completely unaware of their size, and can display aggressive behaviors to dogs many times their size, as well as people. In fact a study done in Colorado found that Chihuahuas were the dog mostly likely to bite veterinary staff. The Chihuahua may nip if he feels threatened or handled roughly. Children should always be supervised around these dogs for their own safety as well as the safety of the dog who is small enough to get hurt with even minimal inappropriate handling. 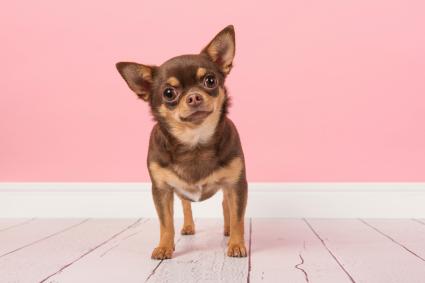 Jack Russell Terriers are another small but mighty warrior. Like many other terrier breeds, Jack Russells typically show more aggression toward other dogs and animals than humans. They are known to display aggressive behaviors like barking, snarling, and nipping and can react to protect themselves if roughly handled. They are extremely smart dogs with a funny side to their personality and are great companions but are not the best choice for homes with small children. 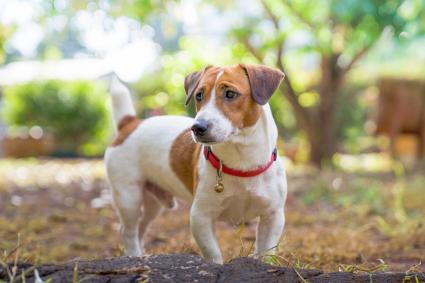 A Trained and Socialized Dog Is a Good Dog

Many an owner of an "aggressive breed" will argue that their breed is misunderstood and in many cases, they're correct. There are definitely breeds of dogs that were bred for certain tendencies that make them an unsuitable choice for some families but excellent ones for others. The key is understanding your dog's breed tendencies and providing suitable mental and physical outlets for them. Getting them into a puppy class, frequent socialization and at least basic obedience is also important for any breed of dog. Regardless of which dog you choose, make sure you research the breed or the breeds in your mix thoroughly so you can be a prepared and responsible dog owner.