If you would like to adopt a French Bulldog, consider both breeders and rescue organizations. The playful and affectionate breed is a great family dog and fits in well with multiple pet households. You can find a great dog with the right research. Here's what you need to know about French Bulldog adoption.

French Bulldogs aka Frenchies share a common English Bulldog ancestor with several bulldog breeds. During the 19th century, British breeders began to breed small bulldogs that weighed between 12 to 25 pounds. The small dogs were most popular with the lace-makers in the English Midlands. When the Industrial Revolution forced many lace-makers to close their small shops, many of the artisans took their dogs and immigrated to the North of France. Once the English immigrants introduced the small bulldog to France, French people of all classes started adopting the dogs as pets. The small bulldogs became so popular in France that by 1896, they were considered a French breed despite their British origins and the fact that breeders in the UK, USA, and France bred the dog.

Why Adopt a French Bulldog?

French Bulldogs make excellent companion dogs and adapt to most lifestyles. The breed has the following qualities: 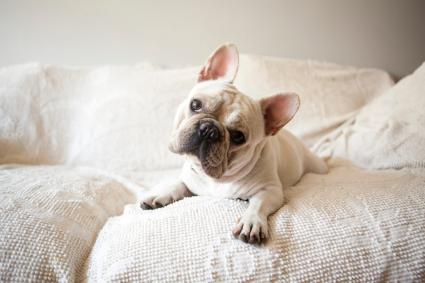 You should make sure that you can provide a suitable home for a French Bulldog prior to adoption. While the breed can adapt to most lifestyles, you should consider the following before an adoption:

French Bulldogs make great pets in suitable homes. Take into account your lifestyle and time commitment for a pet when you consider adoption.

Most breeders and rescue organizations will require a potential adoptive family to fill out an application and will then interview the family. The interview will cover the type of dog sought, the proposed home environment and any adoption requirements. The breeders or rescue organization will work closely with the family to select a dog or puppy that suits the family. Some breeders and rescue groups require an inspection of the potential new home.

How to Pick the Right French Bulldog 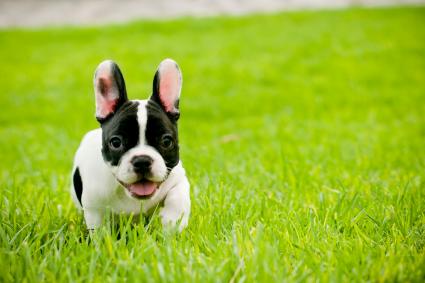 When you are searching for a French Bulldog, look for the following traits:

The breeder or rescue organization will help you choose a dog that fits your lifestyle and personality.

Finding a Breeder or Rescue Organization

The French Bull Dog Club of America (FBDCA) recommends the following rescue organizations on their website:

Some additional rescue groups around the country include:

If you can't locate a French Bulldog-specific rescue in your area, you can use national adoption websites to find dogs near you that may be at a public shelter or in a private rescue group that takes in many breeds. These sites let you search based on your zip code and breed choice. The two most prominent sites are Petfinder and Adopt-a-Pet.

There are several ways to find a reputable breeder and avoid online and local puppy mills:

If you find a French Bulldog for sale that you have your heart set on, remember to do your due diligence first! Interview your breeder, and expect them to the same to you, to make sure you are bringing home a happy and healthy pup from a dedicated breeder.