The raw dog food diet has become popular since it first was proposed back in 1993 in the book Give Your Dog a Bone. While the diet has its ardent supporters, it is controversial and veterinarians and health organizations have weighed in against its use due to fears it can do more harm than good.

What Is the Raw Dog Food Diet?

Australian veterinarian Dr. Ian Billinghurst first suggested that dogs would do better on a diet based on their biological pre-domestication heritage with his 1993 book Give Your Dog a Bone. In his book he described the BARF diet; BARF stands for biologically appropriate raw food or is also referred to as bones and raw food. The diet is comprised of raw meats products including organs, raw bones, eggs, fruits, vegetables and supplements like olive, flaxseed and coconut oil. Since its introduction, dog food companies have come on board with the idea of a BARF diet and there are commercially prepared formulations in frozen, freeze-dried and refrigerated versions available.

While the raw dog food diet is popular with people who have tried it, veterinarians are not as enthusiastic. In 2012, the American Veterinary Medical Association (AVMA) presented their policy on Raw or Undercooked Animal-Source Protein in Dog and Cat Diets, which recommends that dog owners not feed a raw food diet because of the risk of foodborne illness to both the pet and the owner. The AVMA is not alone in its recommendation against the diet, and other major health organizations weighed in with their own stated policies:

The Facts About Raw Dog Food Versus Kibble

There are many facts about the diet that you can find online, though in truth there is not a lot of research available to support the claims of supporters of the diet.

What Was a Dog's "Original" Diet?

Supporters of the raw dog food diet contend that prior to the existence of commercially prepared dog food, pet dogs were fed table scraps and food that was not cooked or heavily processed. Dogs in the wild lived on a raw food diet from the prey that it killed and consumed. They strongly believe dogs were healthier than the dogs we see today on commercial kibble. However, there's no actual epidemiological data of dogs, their diet and health prior to the availability of the dog food that we can buy off-the-shelf today. It's possible that this contention is true, just as much as it's possible it's not and the data doesn't exist to support it. One can present data on the rise of certain diseases in pets such as cancer, however this does not necessarily mean there's an exact correlation with diet and many factors can be involved. The AVMA also highlights that harking back to the diet of non-domesticated dogs is problematic as it "does not account for the evolutionary, biological and dietary changes that have accompanied domestication to produce the pet dogs and cats that currently share our lives." 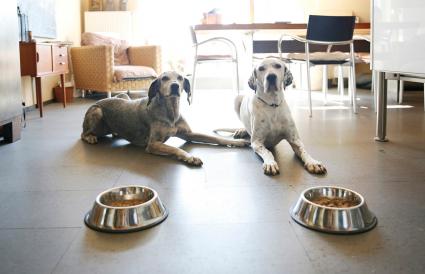 Another argument is that commercially prepared dog food is heavily processed and contains chemicals and ingredients that are ultimately bad for dogs. These ingredients can lead to issues like skin allergies, food sensitivities, cancer and other diseases. While there's definitely an argument to be made that the quality of commercial dog food can widely vary and changes in diet can help dogs with certain conditions improve, that is not in and of itself a reason to feed a raw diet which comes with its own risks.

There is a wealth of testimonials from dog owners who use the BARF diet about the positive changes in their dog's health. They often cite healthier skin and coat, a reduction or complete disappearance of allergies, less dental problems and less veterinary visits. However, the problem with these claims is they are all anecdotal. As the AVMA notes, "there is no scientific evidence to support these claims."

Which Diet Is More Balanced Nutritionally?

This is another claim that is often made about the raw food diet that does not have any scientific research behind it. In fact, the Tufts University Cummings School of Veterinary Medicine's fact sheet about the raw dog food diet states that "there are an increasing number of studies that show important concerns for nutritional imbalances, health risks to the animal and public health concerns." A study in 2001 tested several home-cooked and commercial raw food diets and found that all have several serious nutritional imbalances. In another study in 2011, 60% of the homemade raw food diets tested had serious imbalances regarding the 12 most important nutrients including calcium, phosphorus and vitamin A.

It's well known among pet owners that you should never feed cooked bones to a dog as they can splinter and cause tears and blockages in the dog's stomach. They can also lead to cracked and fractured teeth. Raw dog food advocates believe that raw bones don't present the same dangers as they are softer than cooked bones and less likely to fracture. However, veterinarians state that this is not true, and they present just as much danger to dogs.

Several research studies have found that raw food diets can lead to salmonellosis. Just a few of these studies include:

If you're still thinking about whether you want to try the raw dog food diet, there are some common questions that beginners to the diet have. 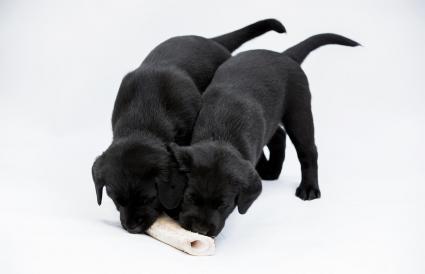 Is the Raw Food Diet Better for Dogs?

Users of the diet believe that it is healthier for their dogs because it's based on the diet they would eat in the wild before commercial dog food was available. They also contend that commercial dog food contains many harmful by-products and fillers. It's true that there are many commercially prepared dog foods that are not the most nutritional option for your dog, but there's no scientific supporting evidence that a raw food diet is any better.

Can a Dog Become Sick From a Raw Food Diet?

A dog can contract a foodborne illness from eating raw food because of the risk of contamination with pathogens like Salmonella, Listeria, and e. Coli. They also can fracture and break teeth from chewing on bones, and there's a risk of obstructions and tears in the gastrointestinal system. In addition to your dog becoming ill, there's a risk of foodborne illness for humans who handle contaminated raw food.

Some holistic veterinarians recommend the diet, as well as the original creator of the diet veterinarian Dr. Ian Billinghurt. However, all the major veterinary associations such as the AVMA and AAHA have come out strongly against feeding a raw dog food diet.

The raw dog food diet is definitely not for people on a budget. You will need to find a place to purchase raw bones and organ meats, and many BARF adherents tend to buy these in bulk from butchers. This will mean you'll need to most likely have a separate freezer to hold all of your meat and bone supplies. You'll also need to regularly source fruits and vegetables from the store and if you are truly looking to create a nutritionally balanced meal, pay a veterinary nutritionist to help create a balanced recipe with supplements. It also can be time intensive to prepare, which is another cost to consider.

There's no doubt that the issue of feeding a dog a raw food diet is full of controversy. People who feed the diet are generally passionate about the positive changes it has brought about in their dogs. Veterinarians and public health officials, on the other hand, are skeptical of these claims and are concerned about the real risk of foodborne illness. If you're considering making this change, make sure you do your due diligence and talk to your veterinarian as well as people experienced with feeding the diet to understand the cost and work involved, as well as the risks, of feeding your dog raw food.