Long associated with the cold, harsh winter climates and the sport of dog sledding, the Siberian Husky is a beautiful, intelligent dog with energy to burn. Despite their "wolfish" appearance, the breed is known for being delightfully friendly even if they can be a challenge to train.

Origin of the Siberian Husky

The Siberian Husky comes from an area of northeastern Asia and the Siberian region of Russia. They were bred by the nomadic Chukchi tribe to help them pull supplies as they moved. This required a dog that was strong enough to handle both the weight pulling and the frigid winters. The breed has been around for at least 3,000 years. In the early 1900s, Siberian Huskies were brought to North America and became popular due to their success at sled racing. In particular, they were lauded for their bravery and endurance in 1925 after a team of Siberians and Siberian Husky mixes, led by the dog Balto, completed a 658 mile run in less than six days to get a desperately needed diphtheria serum to Nome, Alaska. The Siberian Husky gained recognition by the American Kennel Club in 1930, just a few years later. A statue of Balto can be found in Central Park in New York City honoring all the dogs from the 1925 journey.

The Siberian Husky weighs about 35 to 60 pounds and is considered a medium-sized dog. They are easily recognized by their distinctive "wolf-like" appearance and often are confused with the Alaskan Malamute. The two breeds look similar but the Malamute is much larger and stockier than the Siberian Husky, which has a lean, athletic build. This makes sense as the Siberians were bred to pull smaller loads at a faster pace. They have a long body with a furry tail and a thick neck, tapered muzzle and triangle-shaped, upright ears. Their face exudes intelligence and an outgoing, playful nature. Their eyes can be blue or brown or odd-eyed. 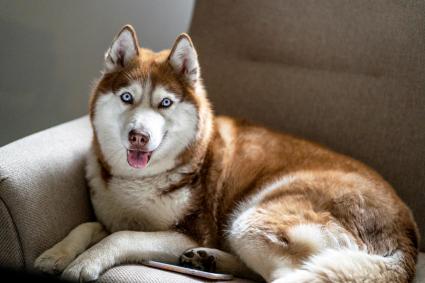 Although they have a medium-length thick double coat, they are only moderate shedders. A few weekly brushings are enough to keep their fur healthy though you may need to increase this to daily during shedding season. Their coat comes in either solid black or white, or a mix of white and agouti, black, black tan, brown, gray, red, or sable.

Temperament of the Siberian Husky

The Siberian Husky is an affable, friendly dog that enjoys people. Though they may look fearsome, this is a dog more likely to greet a stranger to your home with great enthusiasm rather than leap to protect you. Because they were bred to work with other dogs all day, they tend to get along well with other dogs, although they are not always a good fit with smaller animals like cats as they have a high prey drive. They adore people and are a good family dog, although their energy level may be too much for smaller children. One of the common characteristics of the Siberian that may turn off potential owners, or charm them, is their talkative side. Not only will they howl but they seem to enjoy "talking" to humans and other dogs.

The Siberian Husky is not a dog for a couch potato, unless you've decided to bring home a guaranteed reason to make you go running each day. These dogs need a lot of exercise to be happy and are a great match for anyone who loves to run or jog, as well as do outdoor activities like hiking. They love to pull and enjoy the sport of ski-joring and urban mushing.

Siberians are often described as stubborn but this is more due to their extreme intelligence and independent nature. Siberians do best with positive reinforcement and consistent training. It's important to get them into a puppy class for socialization and as soon as possible and make sure that everyone in your home is on the same page as far as training cues. The best way to deal with their smarts is to give them plenty of things to do to engage their brains. Obedience and trick training, and fun sports like scent work and agility are all great options. Interactive food toys are also a good way to keep them occupied.

Proper exercise and training are important parts of owning a Siberian Husky. Another aspect is containment and management. Siberians are known to dig and jump, so make sure your fence is secure and there are no gaps where they can dig their way underneath. A determined Siberian can get over a six-foot fence so this is not a breed to leave bored and unsupervised in your backyard. Boredom can also lead to them becoming destructive and crate training them is a must. This breed is known for being an amazing escape artist so you may be surprised at the ways they can find to break out of confinement. 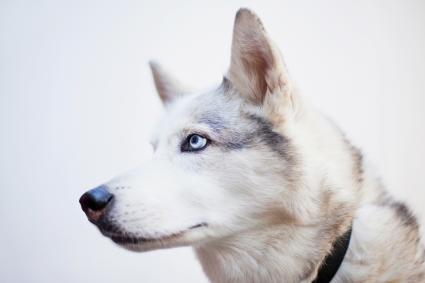 The Siberian Husky is a hardy breed with a few commonly known health conditions. These include:

How to Get a Siberian Husky Puppy

Researching a breeder carefully is critical for getting a sound and healthy Siberian Husky puppy. A good breeder will want to quiz you on your understanding of the breed and their needs to make sure this is a dog that will fit with your lifestyle and not overwhelm you. Expect a purebred Siberian puppy to sell for around $600 to $1,400 although show dog and champion lines may cost several thousand. The best place to start your search is on the breeder directory page of the Siberian Husky Club of America website. 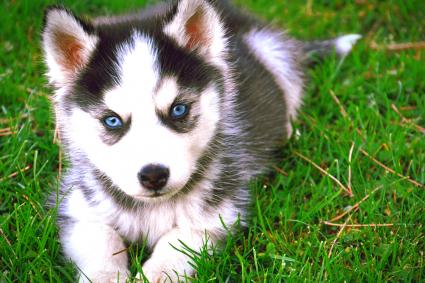 Since Siberian Huskies are one of the most popular dogs in the U.S., it's not hard to find Siberians in rescue. Often these dogs are turned in to rescue because they reach adulthood and their owners realize the dog is not suited to their home and lifestyle. Make sure you've researched the breed carefully to ensure if you adopt a Siberian that they're going to a forever home. The Siberian Husky Club of America Trust has a list of Siberian Husky specific rescue groups across the U.S. on their website. You can also search for Siberian Huskies in public shelters and all-breed rescues near you using the Petfinder and Adopt-a-Pet websites.

Is the Siberian Husky the Right Dog For You?

It's understandable why many people want to take a Siberian Husky home. They are beautiful, charming dogs who are fun to be around. However, they need an owner with enough time and energy to take them out and ensure they get enough exercise and training. Otherwise you can quickly have a bored dog that will use its great intelligence to escape from your house and destroy your home and garden for starters. Do your research and talk to other Siberian Husky owners, breeders and rescuers before you make your final decision.