If you want a big dog in a small package, you may enjoy the Jack Russell Terrier. These feisty little dogs are not for the faint of heart but can be charming, irrepressible companions for the right home.

Jack Russell Terriers were developed in England by the Reverend John Russell who originally created the breed for fox hunting. The Jack Russell was recognized as a breed by the United Kennel Club in 2016, although it is not recognized by the American Kennel Club.

Jack Russell Terriers range in height from 10 to 15 inches and weigh between 13 and 17 pounds. Females tend to be a bit smaller than males. They are sturdy, compact dogs that weigh about 14 to 18 pounds.

There are three different short coat types among the Jack Russell Terrier which are smooth, rough and broken. All variations are double coats and these are dogs that don't need much grooming other than a weekly brushing and a bath if they've been digging in the dirt or involved in other messy hijinks. They are a moderate to high shedding dogs and the amount of shedding can fluctuate with the seasons. Their coat colors are solid white or white with tan, brown or black. 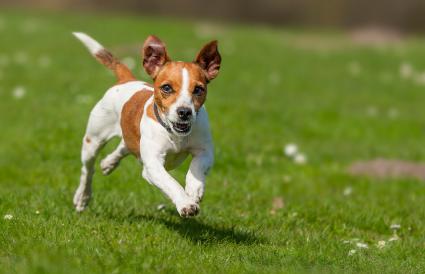 The Jack Russell Terrier exemplifies the terrier, or terror-er, temperament. They are high energy, intelligent dogs that have a high prey drive and can easily get bored if you don't keep up with their physical and mental needs. Since they're terriers, they have a real penchant for digging and barking and they make excellent hunters of rodents, squirrels and all things small and fluffy. This unfortunately can extend to small pets and cats, and they can be difficult with other dogs too. Though they can be funny, engaging and friendly companions, they're not a great choice for small children or busy families.

A Jack Russell Terrier needs a lot of daily exercise to be happy and to eliminate potential behavior problems. Good, long walks are important and playing games in the yard like retrieving are good exercise choices. In addition to physical exercise, it's important to provide them with lots of mental stimulation and training; interactive "brain game" toys like food puzzles can help keep them occupied. They can be cuddly and affectionate lap dogs but don't count on that if they haven't had their daily energy needs met. These are also not good dogs to place in the yard alone to play, as they can be fiercely intelligent escape artists and will have no qualms digging under (or jumping over) your fence to go exploring.

Like all terriers, the Jack Russell is highly intelligent and can be difficult to train if you're not used to working with a smart dog with an independent nature. They also can be easily distracted due to their prey drive, so it's best to start training with them as young as possible and start in low distraction areas. Jack Russells enjoy training and are excellent at learning tricks and doing dog sports like agility, rally and scent work. The more you give them to do, the happier they'll be. They also excel at two sports geared toward their breed type called Barn Hunt and Earth Dog which really work out their innate instincts positively.

Jack Russell Terriers have an approximate lifespan of 18 years. They tend to be hardy little dogs but there are some medical concerns about the breed:

Caring for a Jack Russell puppy isn't much different from other breeds other than the importance of early socialization and training. Do not delay enrolling your puppy into a puppy socialization class as well as at least a basic obedience class. You do not want your puppy to grow into a feisty adolescent without a good set of basic manners. 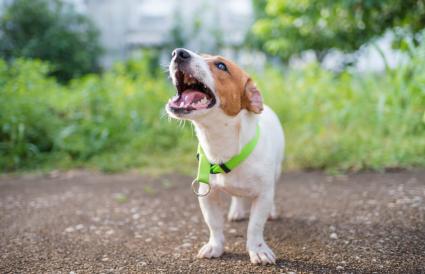 Where Can You Get a Jack Russell Terrier?

If you decide to get a Jack Russell Puppy from a breeder, the average cost is about $1,500 but prices can range from $800 to $2,500. Breeder listings can be found on the Jack Russell Terrier Club of America.

Is the Jack Russell Terrier the Right Dog For You?

Jack Russell Terriers are amazing little dogs with a lot of heart, energy and brains but they're not the best choice for owners who don't want to spend time training and exercising them. They can be good apartment dogs if their daily needs are met. If you're thinking about a Jack Russell but you're not sure, the Jack Russell Terrier Club of America has an online personality profile you can fill out that will help you decide if this is a good breed choice. They're definitely a breed where you should do your homework before you bring them home and are overwhelmed by their drive and energy.