If you prefer a little comic relief with your pets, forget traditional puppy names and look for the funniest dog names you can find. When you introduce your dog to friends in person or post about him on social media, you'll be rewarded with laughter and applauded for your creativity.

Funny Words to Use as Names for Dogs

If you want a clever dog name that is also a unique puppy name, start by checking out some of the funniest words in English and other languages.

Words That Mean Funny to Use As Dog Names

Other words for "funny" are easy to come by and sound as fun as their meanings. As you go through the words, say each one out loud to get a feel for how it sounds. Choose the one that makes you chuckle each time you say it.

Words That Sound Silly to Use As Dog Names

People have been inventing words since the beginning of spoken language, and some of these words are ripe for the picking when you need a pet name.

Human names might work for men and women, but when paired with the right breed of dog, they become silly. Old-fashioned and traditional human names make for especially funny dog names.

Creative female dog names are fun, but classic women's names can be even funnier. Think about your grandma and great-grandma's names to get inspiration. 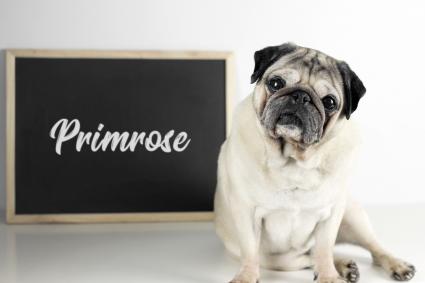 Funny male dog names can include common men's names because it seems ironic.

Turn your favorite comedian's name into a punny dog name by changing up one or two syllables to a dog-related word.

Whether they're starring in movies, TV shows, or books, or acting as comedic side kicks, dog characters take center stage in pop culture. While some of these names are funny on their own, they can be made even funnier by pairing them with an unlikely breed. 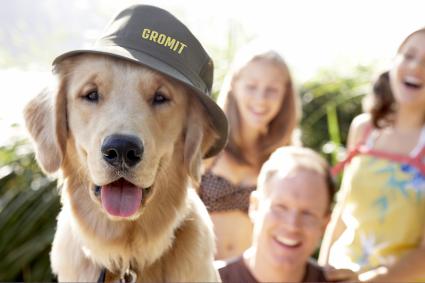 The funniest dog breeds may look very different from each other, but they all look silly. Capitalize on your dog's quirky breed by giving him a quirky name to match.

Funny Dog Names Based on Size

With big and small dogs you can either choose a funny word that describes their size or choose an ironic name that is the opposite of their size.

Funny Names for a Brussels Griffon or Affenpinscher

The Brussels griffon and affenpinscher breeds both have naturally grumpy faces and sometimes appear to have a beard. Choose a funny name that pokes fun at these unique attributes.

Funny Names for a Chinese Crested

Chinese crested dogs may be the funniest breed because they feature a hairless body, but luscious locks on their head and feet. Look for names humorous names that either indicate nudity or celebrate a beautiful head of hair.

Funny Names for an English Bulldog or Pug

Short legs, a round body, and a wrinkly face should be your inspiration in picking out a funny name for an English bulldog or pug.

Funny Names for a Bergamasco Shepherd or Puli

Natural dreadlocks and a shaggy look are what set Bergamasco shepherds and pulis apart from other breeds. The fact that they look like walking mops puts them in the funny breed category.

Choosing a puppy name is never easy because there are so many great choices. The best dog names are the ones that mean something to the owners. If your dog's personality is comedic or you love humor, great dog names for your pet will include some funny element.