Dog owners can face a difficult choice when they want their pets to have room to run around and safely play without leaving their yard. Traditional fencing can often be quite expensive and possibly restricted, leaving you with the option of hidden electric fencing.

The various electric fencing brands all work on the same general principal.

If the dog is properly trained to move away from the boundary when he hears the warning sound, feels the vibration, or sees the flags, the fences can be a valid way of containing dogs in your yard.

Why Use an Electric Fence? 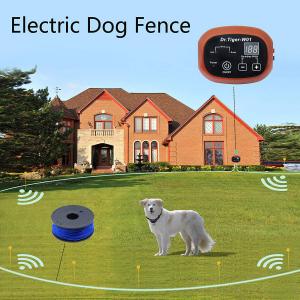 There are several pros to using an electric fence:

Risks of Using an Electric Fence

Despite the fact that an electric fence can work, there are downsides to using them. In fact, in 2018 the United Kingdom is considering a ban on electric boundary fence systems and their use in front yards or without supervision is not allowed in cities in the U.S. such as Overland Park, Kansas.

Dogs May Be Vulnerable

Certified Dog Behavior Consultant Barbara Davis of BADDogs Inc. Family Dog Training & Behavior, Corona, CA said, "Although electric fences appear to be a cost-effective alternative to structural fences, they are a very flawed solution. Electric fences are likely to fail when they're needed most, leave the dog inside vulnerable to people and other animals who enter onto the property and may contribute to the development of behavior problems."

In order for the electric fence to work, the shock the dog feels must be significant enough to act as a deterrent. This level is individual to each dog and a shock may be set too low or too high, which leads to potential fallout.

Electric Fences Are Not 100% Reliable

An electric fence does need maintenance, such as checking the batteries and the fit of the collar. If you aren't paying attention, batteries can die out without being replaced or the dog could lose the collar while playing if it's too loose or damaged. Power outages and inclement weather can also cause the system to fail temporarily.

Levels of Shock Could Be Wrong

If the shock setting is too low, a dog can run right through it. It may even seem to be strong enough at the time it's set, but may not be, depending on the situation. For example: 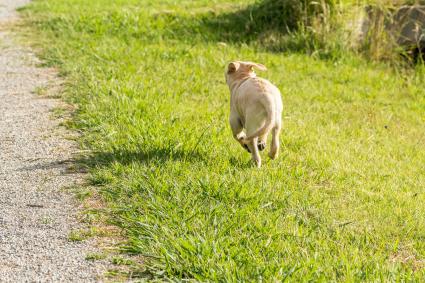 It's not just a matter of installing the fence but owners must go through a training period with the installation company and continue working on training until the dog reliably understands what the collar warning means. If the company staff doesn't sufficiently coach you on how to train properly, or if you ignore the important step of reinforcing and practicing on your own, the dog may either ignore the fence or develop behavior problems if they become shocked without understanding why.

No Protection From Outside the Yard

Even if an electric fence works well and keeps your dog in the yard and he is happy, this doesn't mean it keeps anything out.

There are definitely pros and cons to using an electric fence and the decision should be left up to each individual dog owner. Make sure if you decide to use one that you are aware of all the risks and are willing to train and monitor your dog properly to avoid potential behavior problems and safety concerns.