Grain-free dog food has become quite popular among concerned dog owners who believe their dog's health and welfare are better served with this type of diet. Recently grain-free dog food diets have been the subject of controversy over a potential link to heart problems in dogs.

The Federal Food and Drug Administration (FDA) began a study of a possible connection between a form of heart disease in dogs and grain-free foods in the summer of 2018. The study is run through the FDA's Center for Veterinary Medicine and the Veterinary Laboratory Investigation and Response Network. In June 2019 the FDA released a report detailing the findings of the research so far.

The potential link between grain-free food and heart disease in dogs specifically revolves around dilated cardiomyopathy (DCM). Dogs with DCM have a weakened muscle in their heart that leads to a decrease in the heart's ability to pump blood through the body. The exact cause of DCM is not settled by scientists but there does appear to be a genetic component as it can be found more often in Great Danes, Doberman Pinschers, Boxer, Irish Wolfhound and Cocker Spaniels.

In a subset of dogs with DCM, there appears to be a link between the dog's diet and the disease. It may be associated with a lack of taurine in the diet, although Tufts University's Clinical Nutrition Service reports that studies have found diet-related DCM to occur both in dogs with low and normal levels of taurine in their diet and the disease "could also be due to an ingredient in the food that is toxic to the heart" in addition to taurine.

The FDA's Findings on Diet-Related DCM

The FDA's June 2019 update reports receiving 515 reports of DCM in dogs in the years 2014 through 2019. There were more than 515 dogs affected as some reports included more than one dog in a household which further indicates a possible dietary-link if the dogs were not genetically related but ate the same diet. There were also several breeds reported that were not among the commonly known breeds linked to DCM including Labrador Retrievers, pit bulls, and Australian Shepherds which may point to a dietary link. The FDA notes in their report that since there's no system in place for regular reporting of disease incidences nationwide for pets, it's difficult to gauge an approximate percentage of the "real world" incidence of diet-related DCM.

One interesting aspect of the FDA's report was the number of cases of diet-related DCM found among Golden Retrievers. This breed has a known tendency toward taurine deficiency which may be a factor in the development of DCM. The FDA report speculates that it's possible the number of Golden Retriever reports were so high (95) because of a high awareness of the issue on social media among owners and lovers of the breed. It should also be noted that the foods in the study were tested for taurine and "nearly all the grain-free products had methionine-cystine values above the minimal nutritional requirement." It's possible though that the taurine deficiency is caused by a problem with absorption of the nutrient. 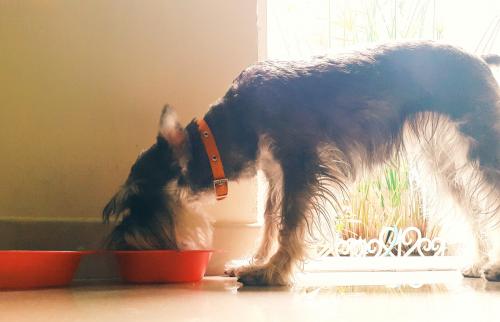 The report of the data gathered so far names several popular brands of dog food. The top ten reported brands with the number of cases were:

Not All Diets Were Grain-Free

Of the diets tested by the FDA, only 91% were classified as grain-free. They also found no single protein dominated the others but the most common were chicken, lamb and fish. Another factor the FDA report notes is this rise in DCM cases has happened within the last several years and while diet may be a factor, it's possible some other issue is at play. This report states "changes in ingredients, ingredient sourcing, processing or formulation may have contributed to the development of DCM." A published report in the Journal of the American Veterinary Medical Association agrees, noting that the link between grain-free diets and DCM "may be due to the grain-free nature of these diets" or it could be related to some commonalities with other exotic diets such as "exotic meats, flaxseed, fruits, or probiotics." The report also notes that DCM could occur due to "possible nutritional imbalances, or inadvertent inclusion of toxic dietary components." However, after listing all of these possibilities, the report concludes that, "...the apparent association may be spurious." It's clear that more research is necessary to develop a clear link between DCM and diet. 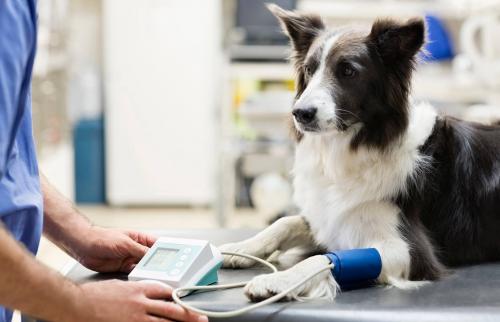 Is Your Dog at Risk Eating Grain-Free Dog Food?

If your dog is currently eating a grain-free diet, particularly one from the FDA's "top ten" list, it's prudent to question whether this is the best diet for your dog. However, this does not mean that your dog needs to switch his diet if he's doing well otherwise on the food. As the FDA report notes, not all grain-free food was found to be problematic, and some foods on the list were not grain-free. Diets that have a high concentration of potatoes, peas, lentils or other legumes in their mix do seem to be at higher risk than others and if grain-free is important to you, you can look for another formulation that uses less of these ingredients.

Is a Grain-Free Diet Necessary?

One of the major reasons for the popularity of grain-free dog food diets is marketing that posits these diets are more "natural" for dogs. Other pet owners have the mistaken belief that dogs cannot digest grains while others believe their dogs need a grain-free diet because they have food allergies. The truth is the incidence of true food allergies in dogs is not as common as you might think and grains are usually not the source of the allergen. If you're feeding your dog a grain-free diet, talk to your veterinarian about your reasons for doing so to see if he or she has an alternate suggestion that may be safer in the long run as far as the risk of DCM.

Recommended Steps for Your Dog

It's important not to panic if your dog is currently eating a grain-free food. Considering that there are over 70 million dogs in the U.S., 515 cases over the course of five to six years is an extremely small number, though of course it's possible as the FDA speculates that the numbers could be higher. The FDA has also not called for a recall of any of the foods listed as they simply don't have enough information yet to pinpoint DCM specifically to a grain-free diet. However, a responsible pet owner should:

News of life-threatening illnesses are always a concern for dog owners, especially if there's a possibility we can change our dog's outcome for the better simply by switching their diet. The FDA states that the link between DCM and grain-free dog food "is a complex scientific issue that may involve multiple factors" and at this point it's difficult for scientists to give a definitive answer on the question of the risk of grain-free food. If you have any concerns at all, contact your veterinarian and have a discussion about the pros and cons of grain-free food to find a dietary solution that works for your dog and alleviates your concerns.