The Boglen Terrier is another "designer dog" mix that has become popular for their combination of intelligence and energy. These mixed breed dogs are enthusiastic companions who can do well in a smaller apartment or a large home environment.

History of the Boglen Terrier

The Boglen Terrier began to be bred as a designer mix between a Boston Terrier and a Beagle. It's not known for certain when the trend to breed them purposefully began but it was likely around the 2000s when intentional designer mixes became popular. Even though these dogs are being bred as mixes on purpose, it's possible to find Boston Terrier-Beagle mixes in shelters across the U.S. that were unintentional breedings. For those breeders who deliberately created Boglen Terriers, the goal was to create a dog with the funny, energetic personality of the Boston Terrier that was not brachycephalic. A longer snout would eliminate the respiratory and eye issues that Boston Terriers suffer from. The Boglen Terrier is also known as the Boston Beagle Terrier or the Boggle.

Since the Boglen Terrier is a crossbred dog and not a purebred, it's hard to say with 100% certainty what the physical characteristics of each dog will be. In general, you can expect a Boglen Terrier to be anywhere from 20 to 40 pounds. They tend to have a muzzle and snout that's longer than that of a Boston Terrier but somewhat shorter than a Beagle's. They have athletic, muscular bodies and a square shaped head with the typical floppy ears of a Beagle. Their tails are naturally long but some breeders dock them. 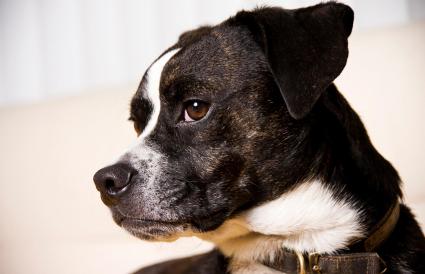 The Boglen Terrier's coat is generally short like both the Boston Terrier and Beagle coats. They don't tend to shed heavily and are easy to groom with a just weekly brushing required. They can shed a bit more when they are feeling stressed so if you start to see more hair than usual this means something may be upsetting them. Their coat colors tend to be either black and white, brindle, brindle and white, and brown and white. Occasionally a tri-color version can be produced in a litter, but the coat coloring is rare with this mix.

The Boglen Terrier is a friendly, energetic dog that would do well with children and active adults. They tend to not enjoy being alone so this is a dog that would do best in a home with other pets. If they are left home alone, you need to make sure they are given appropriate things to do like a food-stuffed toy to work on, otherwise they can become destructive when bored. They make excellent family dogs and are funny, playful companions even with small children. Their personality also tends to be confident and they can be protective of their family, especially children, though their protectiveness will mostly be limited to barking and not aggression. 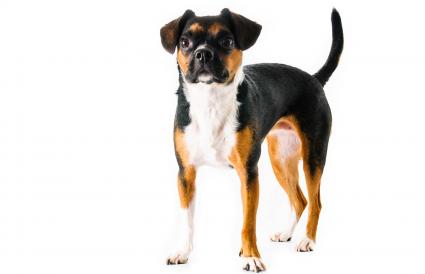 Exercise and the Boglen Terrier

Though they're a small dog, they have lots of drive and thrive on exercise and interaction. They can do well in an apartment or condo if they are given a good long walk once or twice a day. Providing them with mental enrichment is important as well, such as food stuffed toys and training sessions. Scent work is a great training option for these dogs because of their Beagle heritage. They also can excel at any type of energetic outing, whether it's going out hiking or jogging with you, or dog sports like agility. Since they're so friendly and intelligent, they also can make great therapy dogs.

When it comes to training the Boglen Terrier can be a bit of a challenge as they come from two very smart breeds that have independent streaks. The Beagle side of them is also highly focused on scent and it can be difficult getting their attention when training outdoors in a highly stimulating environment. It's important to start training early, use lots of positive reinforcement and be patient. You may also want to use some extra smelly treats to get your dog's attention and use their amazing nose to your advantage. If you get a Boglen Terrier puppy, you should also be sure to start socialization early and get them into a good puppy class right away. 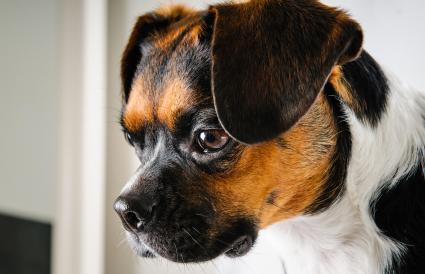 You can expect a Boglen Terrier to live between 10 to 15 years. The Boglen Terrier will tend to have the same health issues that concern both of its parent breeds. These include:

Getting a Boglen Terrier Puppy

Since the Boglen Terrier is a designer mix, you should spend a lot of time doing your due diligence interviewing breeders. You want to make sure you're finding a breeder who is looking to create Boglen Terrier puppies with an excellent temperament and good health rather than cashing in on a designer dog craze. They are not recognized by any of the major reputable dog registries but you can find breeders through designer dog registries like the Designer Breed Registry and breeder classifieds sites like PuppyFind. A Boglen Terrier puppy will cost around $500 to $600. 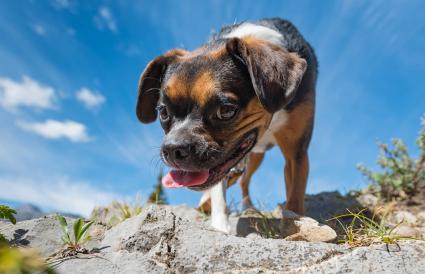 There are no Boglen Terrier specific rescues, but you can search shelters and private groups using Petfinder and Adopt-A-Pet by searching for Boston Terrier and Beagle, which should produce both purebred and mixed breeds which may be Boglen Terriers. It may be harder to find puppies in rescue, but it is possible.

Is the Boglen Terrier the Right Dog For You?

The Boglen Terrier is a great choice if you want a smaller dog that has minimal grooming needs and lots of personality. They can do well in any size home assuming they get the proper amount of exercise and daily enrichment and are not left alone without some type of human or animal company. The Boglen Terrier is an excellent family dog though keep in mind they are a mixed breed so the personality and physical characteristics of each puppy can vary, which makes early socialization and training important.