An athletic and hardy dog, the Australian Kelpie is a great choice for active people who want a canine companion to keep up with them. They possess keen intelligence with the drive of a true working dog. Learn what Australian Kelpie dogs are like so you can make an informed decision about whether this breed is a perfect pet for you.

Origins of the Australian Kelpie

The Australian Kelpie originated in the 1800s in Australia by crossing collie breeds from Scotland to create a working dog that could handle the harsh climate. It's rumored some wild Dingoes were bred into the mix. They were bred and trained specifically for herding livestock such as sheep and do so on their own without an owner. They still do livestock work in Australia and the U.S.A. today, although they now perform many tasks, including search and rescue, detection, assistance work, performance dog sports, and just living as a beloved companion animal. 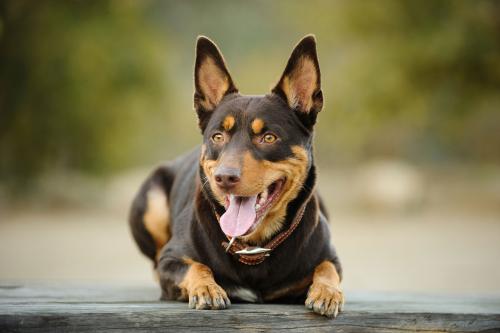 Australian Kelpies are medium-sized dogs weighing around 31 to 46 pounds. How big Kelpies can grow depends on their sex. Males will reach up to 21-1/2 inches in height while females will reach 20 to 21 inches. They are compact dogs with an athletic build designed for running and working. They have distinctive pricked ears which may have led to the rumor there's Dingo in their bloodline.

The Australian Kelpie has a short double coat that keeps them comfortable in all types of weather. Typical colors are combinations of blue, black, red, or fawn with tan, although there are some solid coat Kelpies that are black, red, fawn, chocolate, or smoke blue. Kelpies also come in a cream color that is often referred to as "white" or "blonde." It can range from a golden color to a pale shade that almost appears white. They don't require much grooming other than a biweekly brushing. They do tend to shed at some point during the year, and you may have to brush more often in the spring. Baths are only required if they have gotten themselves into something and need cleaning off. Although no dog is truly hypoallergenic, Kelpies would definitely not be considered a breed that is more hypoallergenic than others and allergy sufferers should consider another breed. 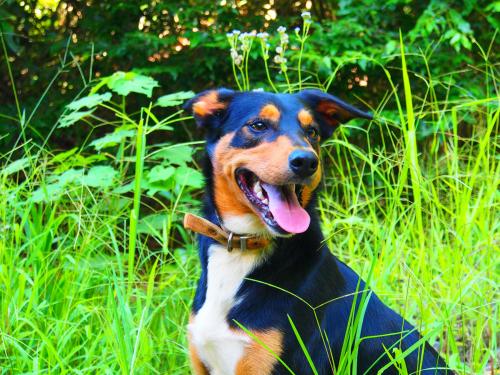 Like most herding dogs, Australian Kelpies are extremely intelligent and independent. They are known to be loyal and friendly to their human families but can be wary of strangers unless well socialized as a puppy. They are also known to bond more closely to one person in the household but will still engage the entire family. They do well with children but might not be the best around smaller children as their herding instincts can cause them to nip and chase children around like sheep. They also do generally well with other dogs and cats, but they may try to herd them as well. They can be protective of their household and shy around strangers, and while they are not guard dogs, you can count on them to warn others away from your property. They are not known for aggressive behavior, but their protective instincts will emerge if they feel that their home and family are at risk. 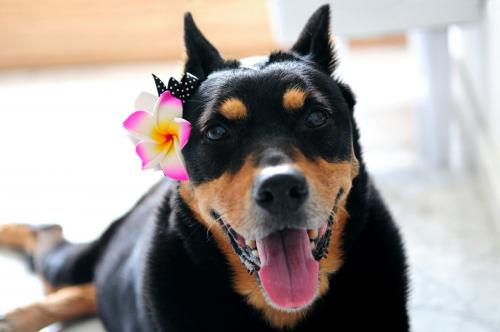 Australian Kelpies are not a good choice for apartment and condominium dwellers unless you're someone who goes out and exercises heavily every day. These dogs were bred to be out in the open working hard all day long, and they can quickly become destructive and develop behavior problems in a small space. Due to their intelligence, they need mental enrichment to keep them happy - which can include training, learning tricks, and interactive dog toys and games. 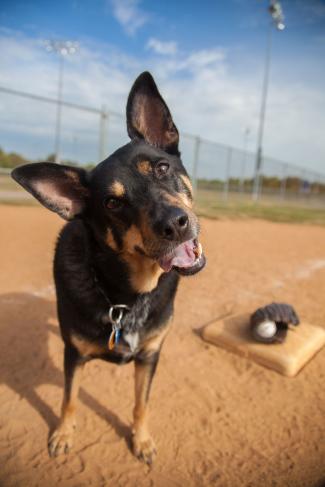 Because of their canine smarts and focus, Kelpies are easy dogs to train. Moreover, training is an excellent way to engage their brains. They excel at many types of dog sports, particularly those where they have to be at a distance from their handler such as agility and herding competitions as well as sports like competitive obedience and Rally. They do require early socialization to be comfortable with strangers and children. 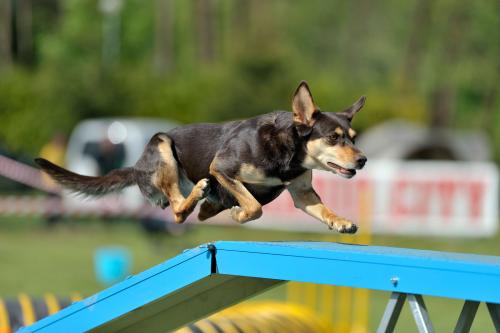 Australian Kelpies have an average life expectancy is 10 to 14 years of age. They are hardy dogs that are generally healthy. They are, however, at risk for some genetic conditions: 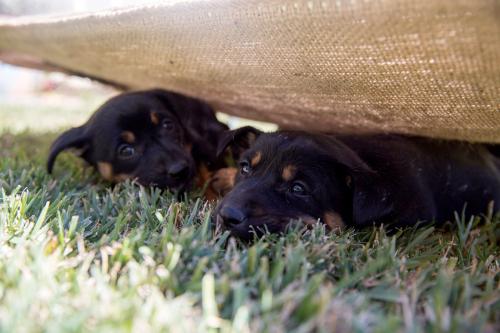 Where Can You Get an Australian Kelpie?

If you're looking for a purebred puppy, you can search for breeders that may have Australian Kelpie puppies for sale on the American Kennel Club and United Kennel Club websites. There is also the North American Australian Kelpie Registry that focuses more on Kelpies bred to be working dogs. If you prefer to rescue, you can look for Kelpies or Kelpie mixes up for adoption on RescueMe.org and Petfinder.com, as well as through breeders.

Is the Australian Kelpie the Right Dog for You?

The Australian Kelpie is definitely not the dog for a person who enjoys lounging on the couch and relaxing during their time off. If you want a dog that will run, hike, and go all out with you, the Kelpie is a perfect, compact companion dog, provided you properly train and socialize them.