The practice of cross-breeding tends to cause some controversy in the dog world. On one side, breeders of purebreds tend to consider these dogs nothing more than mutts. On the other side, proponents of crossbred dogs maintain they are adding vigor to the genetics of breeds they believe have been bred too closely for generations. Which side is right? That can be difficult to determine. However, there are advantages and disadvantages to the practice of cross-breeding, and it's good for potential dog owners and breeders to be aware of them.

Cross breeding occurs when you breed two dogs of different breeds together, for example, a Standard Poodle and a Labrador Retriever (Labradoodle). You can potentially breed any combination of dog breeds together, or purebred dogs with mixed breed dogs, as dogs are all one species. It's sometimes hard to imagine that dogs are all the same animal when you consider the variety of shapes, sizes, colors, and personalities there are. Dogs can also be bred with a few other species to produce a "hybrid." Dog, wolves, dingoes, coyotes, and golden jackals are interfertile which means they share enough DNA and biology in common to breed and produce litters. However, other members of the genus Canis cannot breed with domestic dogs including foxes, African wild dogs, and side-striped and black-backed jackals. 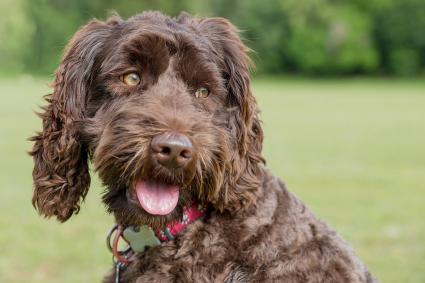 First, take a look at the positive aspects of cross breeding. People who are strictly interested in the purebred dogs often overlook these points.

Some people prefer a dog that doesn't look like any other breed they know, and cross breeding can certainly produce such a dog. When you combine two different breeds, it's a coin toss as to how the genetics will combine. This means that each puppy in a litter can look different from its littermates, and this can lead to a very interesting-looking litter.

Being a cross doesn't automatically mean the dog won't make a good pet. Proper socialization and training will bring out the best in any dog's temperament and behavior.

Fewer Congenital Issues in Some Cases

It's true that many purebred dogs suffer from genetic conditions that have been passed from one generation to the next. Careful cross breeding may lower the chances of passing on a particular condition if only one parent is a carrier. There's an often-repeated belief that mixed breed dogs have "hybrid vigor" and are healthier than purebred dogs. In truth, it's difficult to say one way or another if purebred versus mixed breed life expectancy differs significantly. Purebred dogs are more likely to suffer from genetically inherited conditions, but this does not mean that mixed breed dogs live longer as they can pass away from many other types of disorders.

May Become Foundation for a Future Pure Breed

Keep in mind that many of today's purebred dogs were founded on crosses of different breeds, and they have been refined through selective breeding to produce the consistent characteristics they display today.

Some of today's crosses could potentially evolve into tomorrow's pure breeds if breeders organize themselves and follow a specific plan to make that happen. The Cockapoo is one example of cross breeding that demonstrates this potential.

Now it's time to consider some of the potentially negative aspects of cross breeding. Many cross breeders downplay the significance of these points, but they are still worth considering.

Pure breeds have been developed for different purposes, and their temperaments match those purposes closely. For example, Rottweilers tend to have bold and sometimes aggressive temperaments because they have been bred to be working guard dogs. Poodles were bred to hunt and be wonderful family companions. It would be difficult to predict the exact type of personality a cross breeding between these two dogs might produce.

Size really can be an issue for some potential owners, especially if they live in a small home with limited yard space. If both parents are similar in size, you can expect the pups will probably be about the same size as adults. However, it would be extremely difficult for the average pet owner to predict the ultimate size of a cross between a Doberman Pinscher and a Boston Terrier. 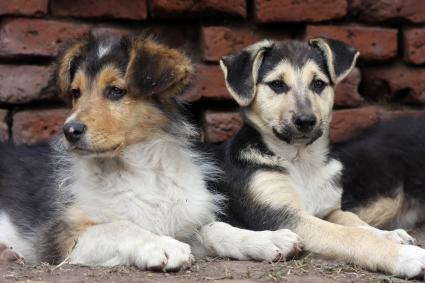 From a pregnancy perspective, breeding dogs of different sizes can sometimes lead to difficult deliveries. This is especially so if the stud is much larger than the bitch, or he comes from a large-headed breed. A bitch of a different breed may have more difficulty pushing the puppies out, and she may require a C-section in order for her and her mixed breed puppies to survive.

Many congenital health issues, such as hip dysplasia, eye diseases, epilepsy and kidney disease, are found across multiple breeds. This means these conditions are still likely to show up in crossbred pups if both parents are carriers of one or more of the same genetic problems.

May Be More Expensive Than a Purebred

With all the interest in "designer dogs," some mixed breed dogs go for $1,000 or more. The average purebred puppy often costs between $300 to $500 unless it's an extremely popular or rare breed. A designer dog may also come with papers but they will not be from more respected organizations like the American Kennel Club or United Kennel Club.

Cross breed dogs, whether bred purposely or by accident, are very popular in the U.S. Some of the most popular designer dogs are the Labradoodle, Goldendoodle, Puggle, Chorkie, and Cavachon. Poodles in particular are a favorite breed for use in cross-breeding, most likely because of the belief that they have hypoallergenic fur, and because of their likable temperaments and intelligence. A mixed dog breeds list of some of the most common combinations would include Schnoodles, Maltipoos, Corgidors, Dameranians and Labradoodles.

Because you can breed any two breeds together, or any purebred to a mixed breed, or mixed to mixed, you can find some very strange combinations. Some unusual cross breeds that exist are:

Because all of these dogs are crosses, it's difficult to say how exactly they'll look when they're adults, and sizes and weights will vary, especially when you breed two dogs of very dissimilar sizes, such as with the Sheppug.

It's a Complicated Issue