Your eyes meet from across the room. He is the most precious creature you have ever seen. Your heart warms. He slobbers. You run to him with open arms. He wags his tail. You embrace passionately; he pulls away and licks his butt. How are you supposed to make sense of these mixed signals? You can think of a million reasons why you love your dog. But does your dog really love you? Or is he in it just for the treats?

Science Confirms What the Heart Knows

Neuroscientist Dr. Gregory Berns conducted a study at Emory University to find out more about what dogs are thinking. Dr. Berns and his team trained a dozen dogs to stay still in an MRI scanner so he could observe their brain activity. He focused his attention on the caudate nucleus, a reward center of the brain strongly associated with positive emotions. The neurons in the dogs' reward center became active when they smelled food. Then they were then presented with five other scents: 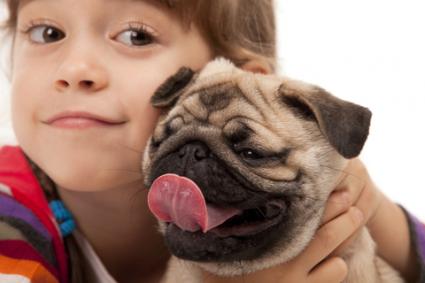 Dr. Berns found that when dogs smelled their familiar human (friend!), their caudate was activated much more than when they smelled the other stimuli. This tells us that dogs are indeed capable of emotion and attachment.

According to a study published in Nature Communications, dogs were domesticated about 32,000 years ago in southeast Asia. The researchers arrived at this date by identifying which genes were associated with dog domestication. They then compared those gene sequences with human gene sequences. 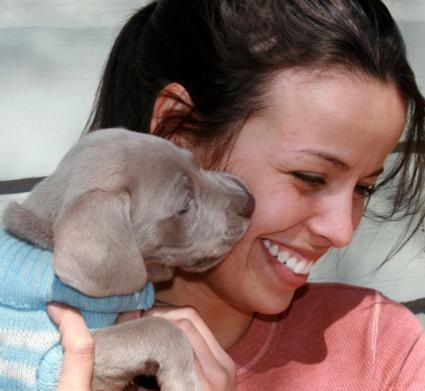 The study suggests that dogs and humans have shared an environment for a long time. Dogs and humans may have evolved together because it was necessary for survival. For example, extremely aggressive dogs may have been killed off by humans, leaving the more submissive, human-friendly dogs to continue reproducing. Does this prove your dog truly loves you? Maybe not. But at least now you know Fido is genetically predisposed to think you're the bomb-diggity.

When dogs and their owners gaze into each other's eyes, both get a boost of oxytocin - a hormone thought to play a role in emotional bonding, according to a study published by Japanese researcher, Miho Nagasawa, of Azabu University in the journal Science. In the first experiment, the researchers collected urine from 30 dog-and-owner pairs before and after a 30-minute interaction. Owners whose dogs showed the most gazing behavior had a notable increase in oxytocin concentration after the interaction. Surprisingly, oxytocin increased in the dogs as well. 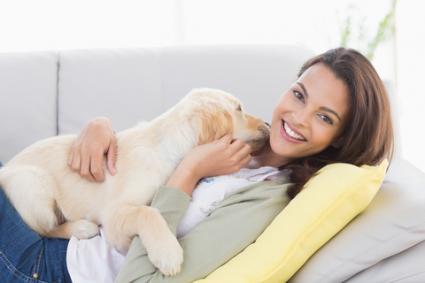 In a second experiment, another set of 30 dogs was given a nasal spray of either oxytocin or saline prior to interacting with people. They found that female dogs who sniffed oxytocin gazed longer at their owners than when given saline. As expected, this gazing also stimulated oxytocin secretion in the owners.

So, Does Your Dog Love You?

Despite major scientific studies on the subject indicating the signals might be love, we still can't say for sure whether dogs really love us (as we haven't yet figured out how to read minds!). So, until the day dogs learn to say the "L" word in a human tongue, we'll just have to settle for snuggles, kisses, and puppy dog eyes.